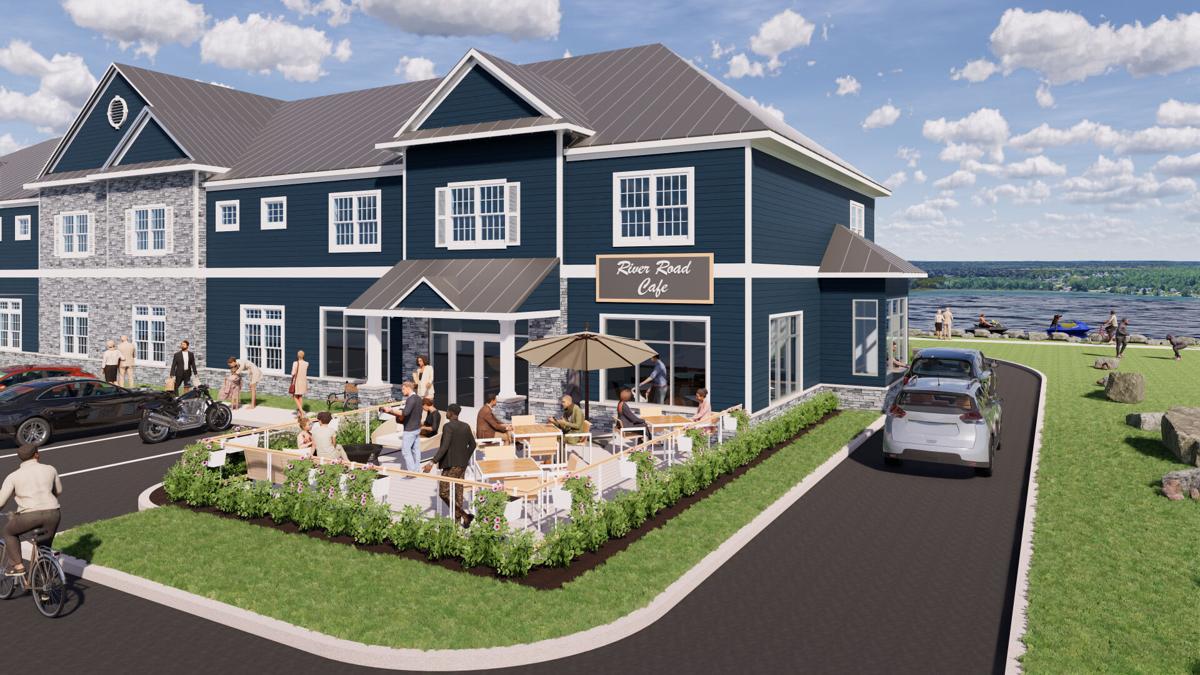 The Clarence company that erected 88 apartment and townhouse units along the Niagara River in North Tonawanda has new plans to bring more residents, and a couple of businesses, to the same area.

DLV Properties, a subsidiary of VisoneCo Site Development, presented a plan last week for a $20 million building at 624 River Road.

The proposal won the approval of the Niagara County Planning Board Monday, but a green light from the North Tonawanda Planning Commission still is needed.

Also, DLV intends to apply to the Niagara County Industrial Development Agency for a payment-in-lieu-of-taxes, or PILOT, arrangement on the new building.

“The project is highly dependent on the PILOT,” Celik said.

The NCIDA has a strong relationship with DLV Properties. In 2017, the agency granted a tax break for a $20 million housing complex at 600 River Road, which opened in 2019, and last summer, the company received another tax break for a $2.9 million mixed-use building on the 624 River Road parcel.

DLV has broken ground for that 13,700-square-foot building, which will contain nine apartments and two commercial spaces, each 2,000 square feet, Celik said.

One of the commercial spaces will be occupied by dentist Dr. Robert Reszel, whose office building on the site of the planned apartment complex is to be demolished, Celik said.

DLV is looking for a coffee shop or similar business to occupy the other space in the mixed-use building, Celik said. “The biggest thing for us right now is looking for that anchor retailer,” he said.

For a while, Santora’s Pizza Pub & Grill was to be that tenant, but its deal with DLV fell apart in 2020.