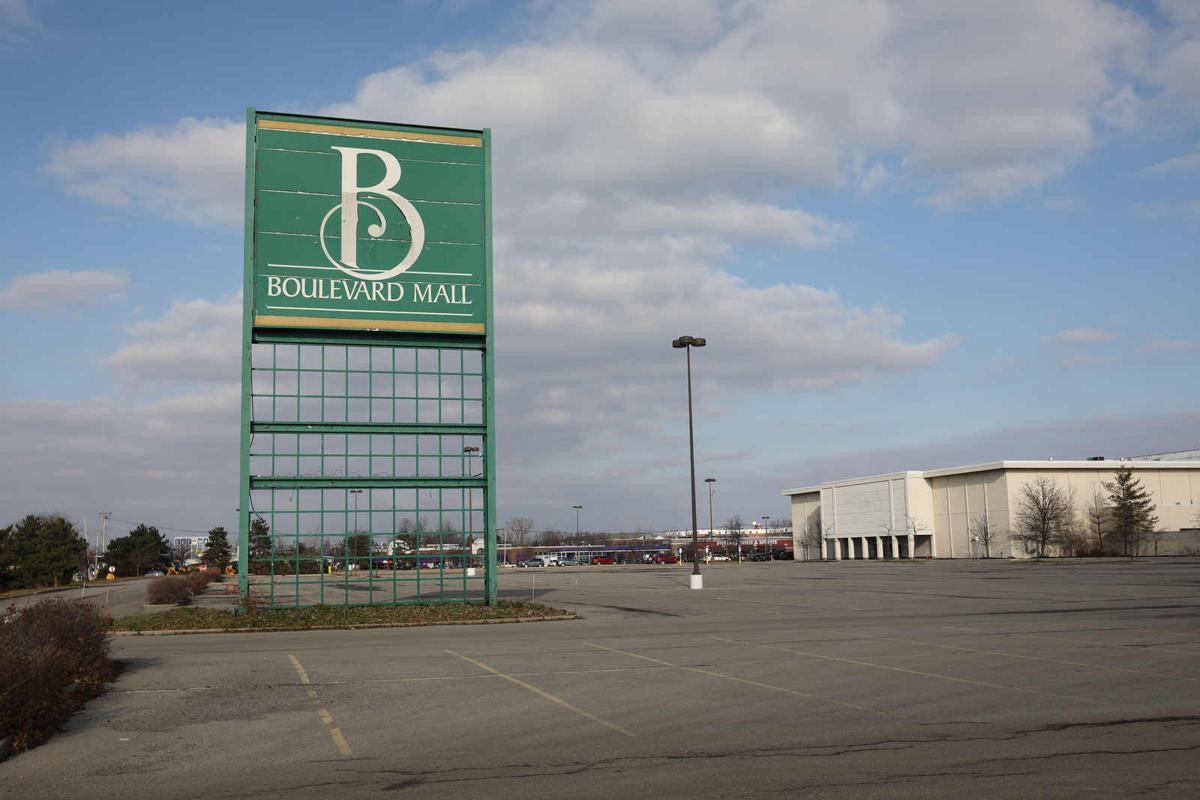 The Town of Amherst intends to create an urban renewal area covering the Boulevard Mall, and a wide swath of the neighboring commercial district, to try to jump-start the revival of the fading shopping center, Supervisor Brian J. Kulpa said Wednesday.

Kulpa said a proposed overhaul of the property, led by developer Douglas Jemal, has stalled primarily because mall tenants through their leases can block any reuse of large sections of the sprawling parking lot.

An urban renewal area would allow the town to press the tenants to either grant permission for work to begin on the roads and utilities cutting through the central mall structure and the surrounding sea of asphalt or, if necessary, to begin the process of gaining this access through eminent domain.

If all goes as planned, Kulpa said, demolition and infrastructure work at the 64-acre site could begin next spring.

“Now’s our time,” he said in a meeting with reporters and editors of The Buffalo News, “and we can’t miss this window of opportunity.”

Kulpa said Jemal, who bought the majority of the mall property in 2019, and Benderson Development Co., which owns a portion of the site, generally are supportive of the town’s plan to establish an urban renewal district over and around the Boulevard Mall.

Amherst officials are eager to resuscitate the mall, a prime commercial property in the town that has seen a steep drop in foot traffic, sales, occupancy and assessed value.

Jemal has proposed a 10-year transformation of the property into a “little town,” breaking up the 962,000-square-foot mall structure and parking lot into a denser, pedestrian-friendly development of free-standing apartment buildings, retail, restaurants and recreational activity.

The town for years has worried as Buffalo Niagara’s oldest enclosed shopping center has stagnated along with other malls nationally and locally.

The value of the Boulevard Mall, located along a key commercial corridor between two University at Buffalo campuses, has fallen from $99 million to $10 million over time, Kulpa said.

“We need to return it to be an active part of the economy,” he said.

Forest City Enterprises, which opened the mall in 1962, defaulted on a $92 million loan payment in 2017. LNR Partners took over that year and listed the property for an auction that took place in 2019.

Buffalo developer Nick Sinatra submitted the winning bid of $24 million but made way for Jemal to purchase the mall, and the neighboring Wegmans property, by himself.

Jemal in 2020 said he was prepared to begin demolition work at the mall as soon as 2021.

Jemal and the town envision breaking up the property with roads and paths running between Niagara Falls Boulevard and Alberta Drive and between Maple Road and Sheridan Drive.

They plan to reinvigorate the site with multi-story, mixed-use development along the outer edges and green space on its interior, all accessible to pedestrians, bicyclists and those riding public transportation.

Kulpa said this section of Amherst has a need for senior, student and affordable housing, and Jemal said he first would build apartments on the east side of the property, across Alberta from Wegmans.

“Absolutely – cut the road, put the apartments in, do the greenery. You know, make it have some eye appeal, which it doesn’t have, as we all know,” Jemal said.

So why hasn’t the redevelopment moved faster?

Kulpa and Jemal on Wednesday blamed legacy lease terms that grant tenants control over the parking areas surrounding the mall.

Some retail tenants have the right to hold onto parking spaces, or parking sections, that remain largely unused. One lease gives Gabe’s, which replaced Sears, the right to an unobstructed view stretching out to Niagara Falls Boulevard, Kulpa said.

“When everybody has rights to that parking lot, it makes it very hard to dissect,” he said. “But the town has the capacity to kind of expunge all of that.”

The town has tried, without success so far, to negotiate with the corporate tenants.

That’s why Kulpa and Amherst officials are turning to a state law, rarely used in the suburbs, that allows the town to designate an “underutilized” 195-acre section of the Boulevard central district as an urban renewal area, with the Town Board acting as the Amherst Urban Renewal Agency.

If the board approves the resolution, Kulpa said Amherst would use its new powers initially to encourage the retail tenants to grant a right-of-way easement allowing access for required demolition and site work.

If that doesn’t happen, he said, the town would then begin the process to gain access to portions of the property through eminent domain.

“Somebody’s got to start doing this work, or we’ll never get to a point where the mall actually changes, right?” Kulpa said. “We’ll be stuck in limbo, kind of like the McKinley Mall or the Eastern Hills Mall, trying to figure out infrastructure questions for the next decade.”

Urban renewal has a checkered history in this region and this country and recent applications in this area – such as in Niagara Falls – have produced mixed results.

Asked about the still lagging efforts to revitalize downtown Niagara Falls through that city’s Urban Renewal Agency, Kulpa said the two communities are different because, in Amherst, there’s already significant demand from developers to build.

Kulpa and Jemal said they expect to have all of the legalities and planning wrapped up by the end of this year to allow work on roads and utilities to begin next year.

It’s not clear whether the mall’s remaining anchor tenants – including Macy’s, JCPenney, H&M, Gabe’s and Dick’s Sporting Goods – will want to stay through the property’s revival.

“There’s, obviously, plenty of real estate available in the area for them to move to,” he said. “I just really think it’s a new day.”