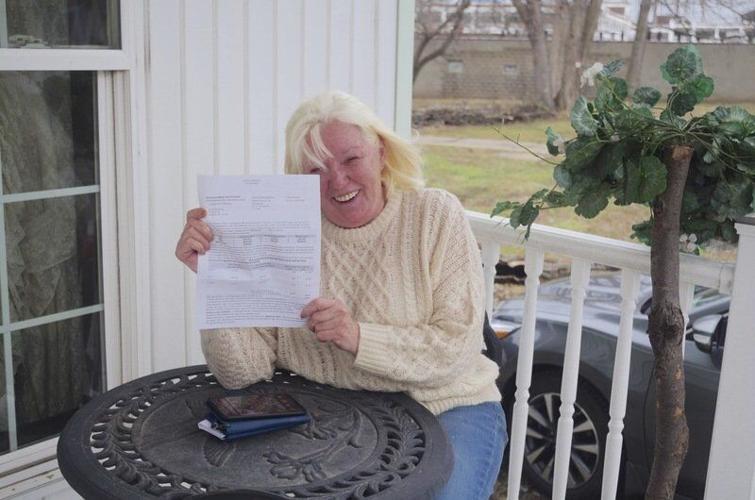 Cindy Moltz-McInerney has a problem. She bought her South Street home at auction at a great rate – $3,500. She was living off less than $120 a-month in taxes, and has been working on the inside slowly and surely for about 10-years now.

She’s retired. She works at the Niagara-Orleans golf course during the summer, and doesn’t have a significant other to bring her to medical appointments or shopping if she were to be unable to do so for herself. She found that living in the city was the best idea for her.

The phenomenon has spread across the City of Lockport as residents have been receiving their new assessment statements in the mail.

The assessed value of all the property in the city is $1.37 billion, a fair stretch from $822 million last year, and according to City Assessor Tracy Farrell, 85% of the assessments of those properties have gone up.

“Most of the commercial is pretty steady,” Farrell said, noting properties in that sector were going up the least. “Commercial is the hardest to tell you. Hotels haven’t gone up in value. Apartments have gone up in value – the large apartment complexes. Anything four units or over is considered commercial.”

Farrell said she would not comment on what neighborhoods are going up and down, except to say that most residential has been even.

Some of the homeowners in the city have reported lopsided results. Stephanie Cardy said her 2022 assessment rose $50,000 — but her taxes went down $61.

“Essentially, all three categories (school, county and city) went down,” Cardy said. “Not by much, but they went down.”

Bob Robinson, a real estate agent with Howard Hanna Realty in Lockport, noted that his taxes were raised on his house, but only by $13 a month, although his assessment went up 100%.

Robinson said that many people will see their assessments going up but their taxes dropping, but which ever way their numbers do go, it will most likely be a change that is not “dramatic.”

“I’m not happy with the timing of this reassessment,” he said. “We’ve got inflation skyrocketing out of control. Fuel prices. Home heating prices. The situation in Ukraine is steadily unravelling and it’s got an effect on the worldwide economy. And now the city drops this reassessment.”

Beakman said he is sponsoring a resolution that the city wait – and give people time to plan – before enacting any change in taxpayers’ assessments.

“My reassessment went up almost three times, as well,” he said. “I’m looking at a $1,600 tax increase, yet I live next to a bar, the VFW. I’ve got an abandoned house across the street. I don’t think the house is worth that.”

Beakman said he will fight this reassessment, as well as advocate a lower tax-rate on the taxpayer when the budget comes around.

“This house is by no means finished,” Moltz-McInerney said. “It’s not in a prime neighborhood. I’m not living on Lincoln Avenue. I’m retired and I’m very aggravated. I’m probably going to be working at my own funeral.”

Mayor Michelle Roman noted that the “reval” was a three-year process that was voted in by the Common Council in 2019 and that meant that the COVID-19 house price war had an affect on the numbers.

“What really affects (the tax rate) is the budget when it passes,” Roman said, noting that the tax rate should go down.

Roman also said that those with STAR exemptions will be getting their 100% exemptions this year because of the reassessment and that taxpayers will also be paying what other municipalities pay for school taxes.

“(What’s on the letter) is based on a formula the state uses,” she said. “But that’s not what the taxpayer will be paying. We won’t know that until the budget passes.”

Grievance Day, May 24, is the last day to file a formal written complaint. The RP-524 form required for this can be acquired at at the assessor’s office or online at www.tax.ny.gov.