Buffalo Next: Another potential Station Twelve tenant goes to The Boulevard

A national women’s activewear retailer – once set for the troubled Station Twelve project in Amherst – has chosen a different Amherst site for its first Buffalo-area store.

Athleta was among the original tenants slated to come to Station Twelve on Sheridan Drive, but with that project being delayed, it will instead open at bustling The Boulevard plaza on Niagara Falls Boulevard.

It is one of several stores in the past few years to pass on Station Twelve, set for the former Northtown Plaza. 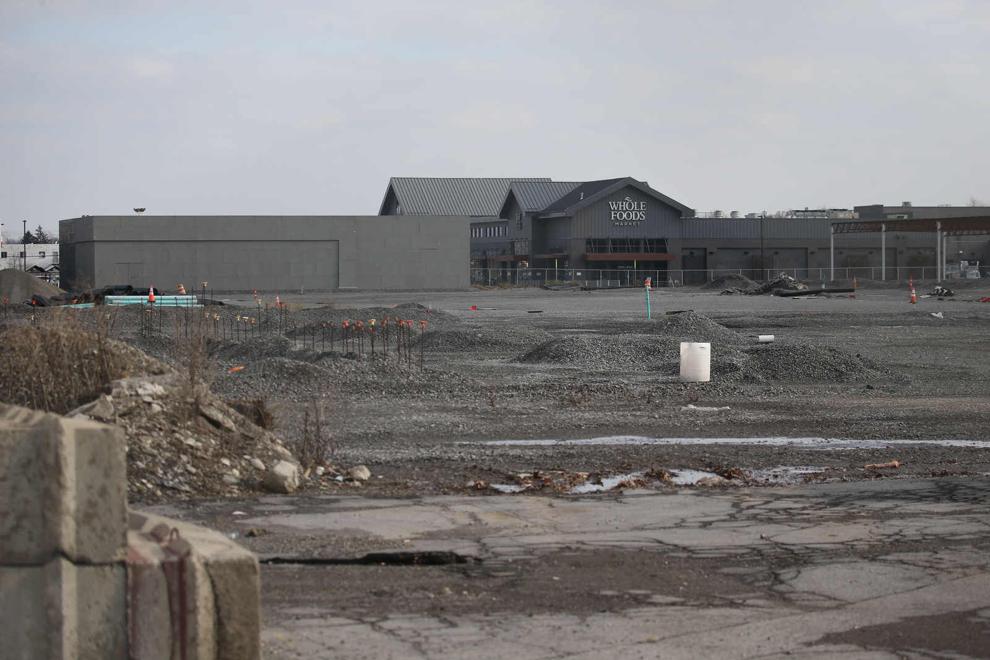 LL Bean announced last year it would not be coming to Station Twelve, like Athleta, in favor of going to the former Boulevard at Consumer Square, a Benderson Development Co. property. The two plazas are only a few miles away from one another. LL Bean is now open at The Boulevard.

Also, the Albright-Knox Art Gallery no longer plans to open a shop at Station Twelve, and Public Espresso recently said it had put on hold a planned third café there.

Athleta will be opening in a 4,500-square-foot space vacated by a Sprint/T-Mobile store. . The Boulevard recently announced on its Facebook page that Athleta will be coming.

The Boulevard is a 700,000-square-foot open-air plaza with a mix of big-box stores, boutique shops, restaurants and cable TV and mobile service stores. There are more than 50 stores in the plaza, including anchors Nordstrom Rack, Bed Bath & Beyond, Lowe’s and Target.

Massachusetts-based WS Development is behind on its plans for the 350,000-square-foot Station Twelve, a large, open-air lifestyle center of retail buildings surrounding a public green slated to offer year-round entertainment. The center is anchored by a Whole Foods that has been open since 2017.

Work stopped there in March 2020 – as the pandemic started – and began again only recently. Brian Sciera, a top WS Development executive, told The News in February that the company’s goal is to open the first retail buildings to customers by fall 2023. One tenant that will open this year, Sciera said, is the At Home store.

There are three unfinished structures at Station Twelve, located in a desolate area to the west of Whole Foods. WS Development recently received a six-month extension to Oct. 13 from the Town of Amherst on its building permits.

The company paid $18.5 million in 2015 for the 18-acre site on Sheridan near Niagara Falls Boulevard.

The Boulevard has experienced some store movement in the plaza over the past few months.

Marshalls, the off-price retailer of apparel and home fashions, opened there earlier this month using most of the former space previously occupied by Babies “R” Us.

In March, Buff City Soap opened in the plaza. The national chain of plant-based soap stores also has a location on Transit Road in Clarence.

Next door to where Athleta expects to open, plus-size women’s clothing store Lane Bryant closed on April 24. Lane Bryant also has a store in the area at the McKinley Plaza in Hamburg and the Walden Galleria in Cheektowaga.

Walden Galleria to expand its hours

“Given the pent-up demand for later shopping hours, combined with the easing of restrictions for travelers, we are eager to extend the shopping center’s hours of operation,” said Alex Corbelli, marketing director for Walden Galleria.

The mall will be open from 11 a.m. to 9 p.m. Friday and Saturday; 11 a.m. to 6 p.m. Sunday; and Monday through Thursday hours will hold steady from 11 a.m. to 7 p.m. Restaurant and entertainment venues may continue to offer extended hours.

Beginning Jan. 2, Walden Galleria had cut its hours back to 11 a.m. to 7 p.m. Monday through Saturday and 11 a.m. to 5 p.m. Sunday. At the time, the Galleria joined other major Buffalo Niagara shopping malls in reducing its normal operating hours as the pandemic was reducing store traffic and online shopping continued to boom.

But since then, the statewide indoor mask mandate expired and many other Covid-19-related restrictions, such as vaccine mandates, have been lessened around the state and area.