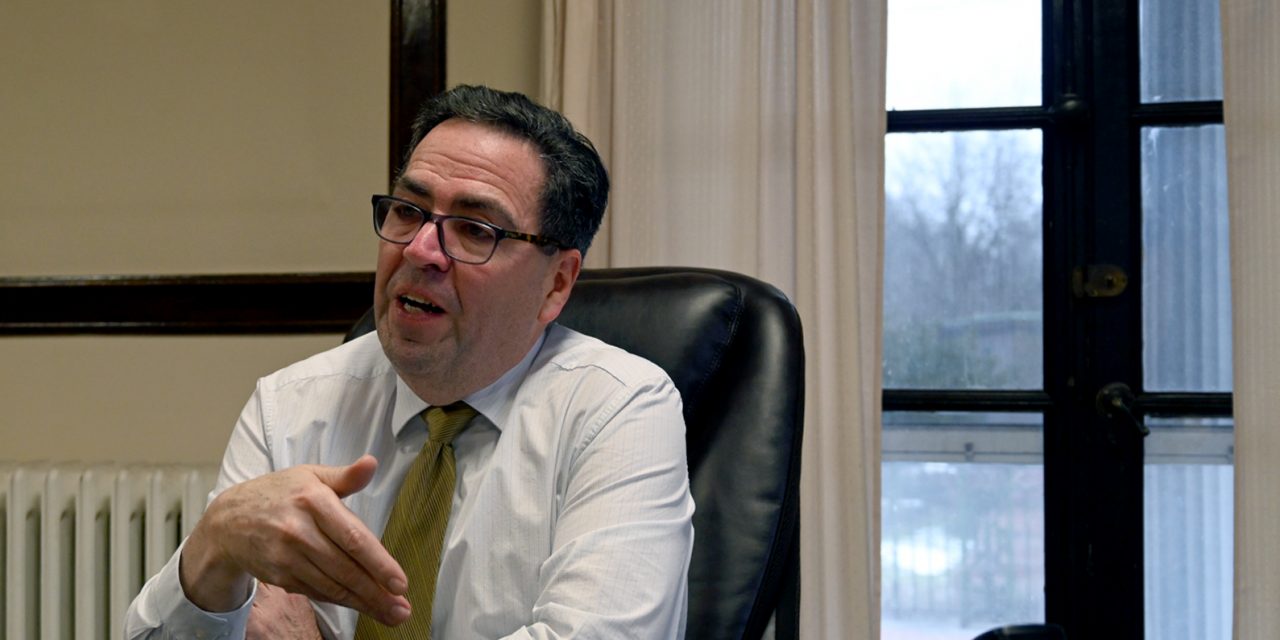 As was the case last year — when city property tax payers absorbed a $534,533 tax levy increase, about one third of the county’s 2020 $1.45 million property tax hike — the city’s falling equalization rate is the culprit.

“It’s upsetting, and we’re looking at what we can do to prevent it from happening again,” he said. “We are in tough enough straits as it is, and for our taxpayers to have to come up with this additional money is not something we want. When our equalization rate goes down, we have to pay a larger share. I’m talking to [the] city assessor now to see what we can do to prevent this from happening.”

When the New York state Department of Taxation and Finance absorbs a widening gap between the sale price of property and its assessed value, the equalization rate of the municipality where the property is located drops, and the municipalitiy’s “full value” increases, based on the theory that all of the property should increase in value proportionate to the gap between the price property is selling for and what its assessed value had been.

For 2020, New York state raised the city of Amsterdam’s “full value” property estimate to $547.2 million, a $48.6 million increase from the prior year, a larger proportion of the combined full value estimate of property in Montgomery, which is $2.6 billion for 2020.

But the state’s full value increase is only an estimate, and does not give the complete picture of every individual parcel value in the city, with some property owners bearing a greater tax burden than a full revaluation of the city’s properties would show they should pay.

Cinquanti said he does not fault City Assessor Daniel Maxwell, hired under former Mayor Michael Villa in September 2019, but he wants action taken.

“There is an argument for reassessing all properties in the city of Amsterdam, and what the argument is to help alleviate this equalization factor from the burden that we have,” he said.

The Town of Canajoharie’s total county property tax levy ($2.33 million) will drop by $56,296, cutting the town’s county tax rate by 6.66 percent reducing it from $12.84 per thousand dollars of assessed value to $11.99 per thousand. Canajoharie’s percentage share of the county’s tax levy will fall slightly from 7.78 percent to 7.5 percent.

The city of Amsterdam’s percentage share of the county property tax burden will increase from the tentative 2021 county budget to 21.08 percent, up from 19.56 percent for the 2020 budget.

County Treasurer Shawn Bowerman explained how the Town of Canajoharie was able to raise its equalization rate to 100 percent without a full revaluation of its property.

“The town assessor did a town-wide assessment adjustment, which in essence, allows for a [blanket percentage increase in assessment of a few percentage points] and the state recognizes that and lets it go back up to 100 percent,” he said.

City property taxpayers wil effectively absorb the tax burden from the entire property tax cut for the towns of Amsterdam and Canajoharie. The rest of the towns would all see tax rate cuts of less than 1 percent if the tentative budget is approved.

Deputy Mayor James Martuscello, who represents the 5th ward, said he knows changing property assessing can be controversial, but the city needs to explore a property revaluation.

“Maybe we should. We probably should, the last time we had one, I believe, was at least 16 years ago,” he said. “You’re damned if you do, and you’re damned if you don’t. You try to tell people that we should assess their properties even more, and some of them can’t afford it, but yet when they sell their property not only are they getting what they are asking for — they’re getting above what they are asking for. That’s the way properties are selling right now. If you talk to realtors right now, they will tell you this was probably the best year they’ve ever had selling houses.”

Martuscello said he doesn’t think it should be. He said the county legislators who represent parts of the city of Amsterdam — John Duchessi (District 6), Michael Pepe (District 7), Joseph Isabel (District 8) and Robert Purtell (District 9) — should prevent the burden from being shifted to the city.

“They should look out for us, right now, in good faith [the city government] is paying back money we owed from seven years ago, which is being taken out of our sales tax money,” he said.

Earlier this year the city entered into a 20 year deal to pay back $1.24 million in county taxes the city collected but never turned over to the county between 2005 and 2013. The city has agreed to allow the county to withhold $74,000 in sales tax annually to repay the debt.

Purtell spearheaded the repayment plan within the legislature but faced opposition from Isabel, Pepe and District 4 Legislator Robert Headwell who all voted against it.

During the legislature’s budget meeting Pepe warned legislators against using any more of the county’s reserves to reduce the tax increase for the city of Amsterdam, which he said would be fiscally irresponsible for the county, given uncertainties with New York state’s budget and potentially large state aid cuts, which won’t be finalized until March and April.

Ossenfort has indicated he will likely not veto any of the cuts adopted by the legislature.

The legislature is set to adopt the 2021 budget during a special meeting scheduled for 6:05 p.m. on Wednesday, Nov. 4.

Published by The Recorder