COVID Is Pushing New York Home Buyers to the Suburbs, a Little 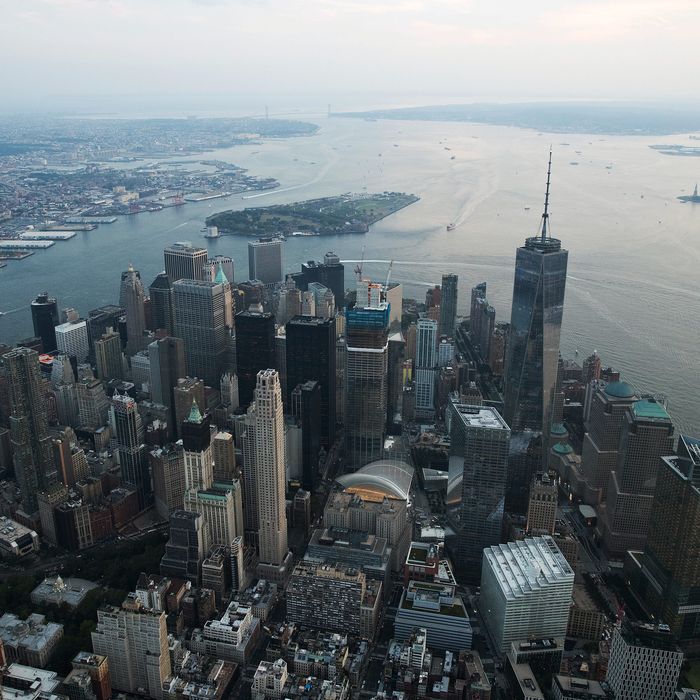 Suppose you are an affluent, married, young-to-middle-aged professional who lives in Manhattan or Brooklyn who has young children or expects to have children soon. (Probably not hard for some readers in this publication’s target demographic to imagine.) You may have been planning to move to the suburbs in the next few years. And with the pandemic reducing your access to New York City’s amenities, reducing your concern about commute times, and increasing the appeal of a backyard and extra home-office space, you might be thinking about making that move sooner than you had planned. You’re not alone. Home-price trends in Greater New York reflect that change in consumer demand: People are a little more interested in buying in suburban areas, and a little less interested in buying in the densest areas, than they were before the pandemic.

Estimates from Zillow, the real-estate-data website, show that home values have risen one percent in the region as a whole from December to June, lagging behind a national increase of 2.3 percent. But there are major differences based on where a home is located within Greater New York. Manhattan had the softest home prices of any county in the New York area, down 1.4 percent. Values were close to flat in Brooklyn and Queens and in New Jersey’s densest county, Hudson, which includes Jersey City and Hoboken. But prices were up more than 2 percent in Dutchess County in the Hudson Valley and in the four close-in New Jersey suburban counties just beyond Hudson County: Bergen, Passaic, Essex, and Union. (While The Wall Street Journal reported on the coronavirus driving a surge in interest in suburban moves to Connecticut, these Zillow data suggest New Jersey is the bigger gainer; the site has values in Fairfield County, Connecticut, up only a bit more than one percent.)

Some other metropolitan areas show similar trends toward the suburbs: Zillow estimates that home values have fallen 1.5 percent in San Francisco while rising 3 percent in Marin County, across the Golden Gate Bridge, and more than 4 percent in Santa Clara County, located south of San Francisco in Silicon Valley. Values have been approximately flat in Washington, D.C., lagging all but one of its 23 surrounding suburban counties. Suffolk County, Massachusetts, which consists mostly of Boston, has also had flat home values, with values rising anywhere between one and 4 percent in the surrounding suburban counties. You can also see a modest preference for less-dense living in the national data: Zillow estimates that single-family-home values have outpaced condominium values by 0.6 percentage points in the first half of the year.

When you zoom in on Zip Codes, you can see the price weakness in New York’s urban core even more clearly. Zillow estimates that home values have fallen 5 percent in the last six months in Zip Code 11201, which includes Cobble Hill, Brooklyn Heights, and Dumbo; 9 percent in 10025, which covers the Upper West Side north of 91st Street; and 12 percent in my home Zip Code of 10001, which includes Hudson Yards and the northern part of Chelsea. (Fortunately, I rent.)

One trend I’ve seen discussed a lot in the press that I think is not actually happening is a huge surge in vacation-home values. You may have heard that home prices in the Hamptons smashed records in the second quarter, with the median transaction price up 25 percent from a year earlier. But data about average transaction prices can be misleading. If the wealthiest people are especially likely to adjust their lifestyles to the pandemic, they may be especially likely to buy and sell Hamptons houses these days, compared to the somewhat-less-wealthy people who own the more modest homes in the Hamptons. So a much higher mean or median transaction price may just be telling you that the average house selling lately has been especially fancy, not that individual houses have become more valuable.

The Zillow estimates of home values by Zip Code, which are based on the same comparable-sale methodology that allows the website to estimate the value of individual homes, show that home values in the Hamptons are up only by a bit more than one percent on average in the last six months. The parts of Suffolk County, New York, showing the strongest home-value growth tend to be within commuting distance of New York City in towns where people buy primary residences, not second homes.

Similarly, while Zillow shows soft home values in Manhattan, they’re not anywhere near as soft as the 18 percent drop in average sale prices you may have heard about. What you may be seeing in Manhattan is a relative lack of interest in doing real-estate trades among the very rich; they have little reason to buy an apartment now and are less likely than people with more moderate incomes to feel acute financial pressure to sell one. (If you are extremely wealthy, you don’t need to sell your Manhattan apartment to buy a home in the Hamptons; you can have both.)

While these value trends show that the suburbs are up and Manhattan is down (a little), they indicate nothing like the idea that the pandemic will permanently change the way we live so as to reduce the long-term vitality of New York City and persistently depress real-estate values here. First of all, the shifts in values are not that large, so far. Second, they are not necessarily indicative of any long-run shift in preferences. We may be seeing just a one-time cohort effect: Some people who lived in New York City and intended to leave eventually for the suburbs (or for Florida) want to leave earlier than planned, while the next cohort is not interested in establishing households in New York City any earlier than planned and, in fact, may be delaying those plans a little. That shift in demand, applied to a relatively fixed supply of homes, should push prices up in the suburbs and down in the city for some time. But it doesn’t mean that people’s long-run preferences have changed or that this pandemic has created a long-run change in the difference between city and suburban home values. Eventually, the things that make New York City a wonderful place to live will all come back, and while that probably won’t lure young parents who moved to the suburbs back into the city, it should attract and help to retain the next generation.