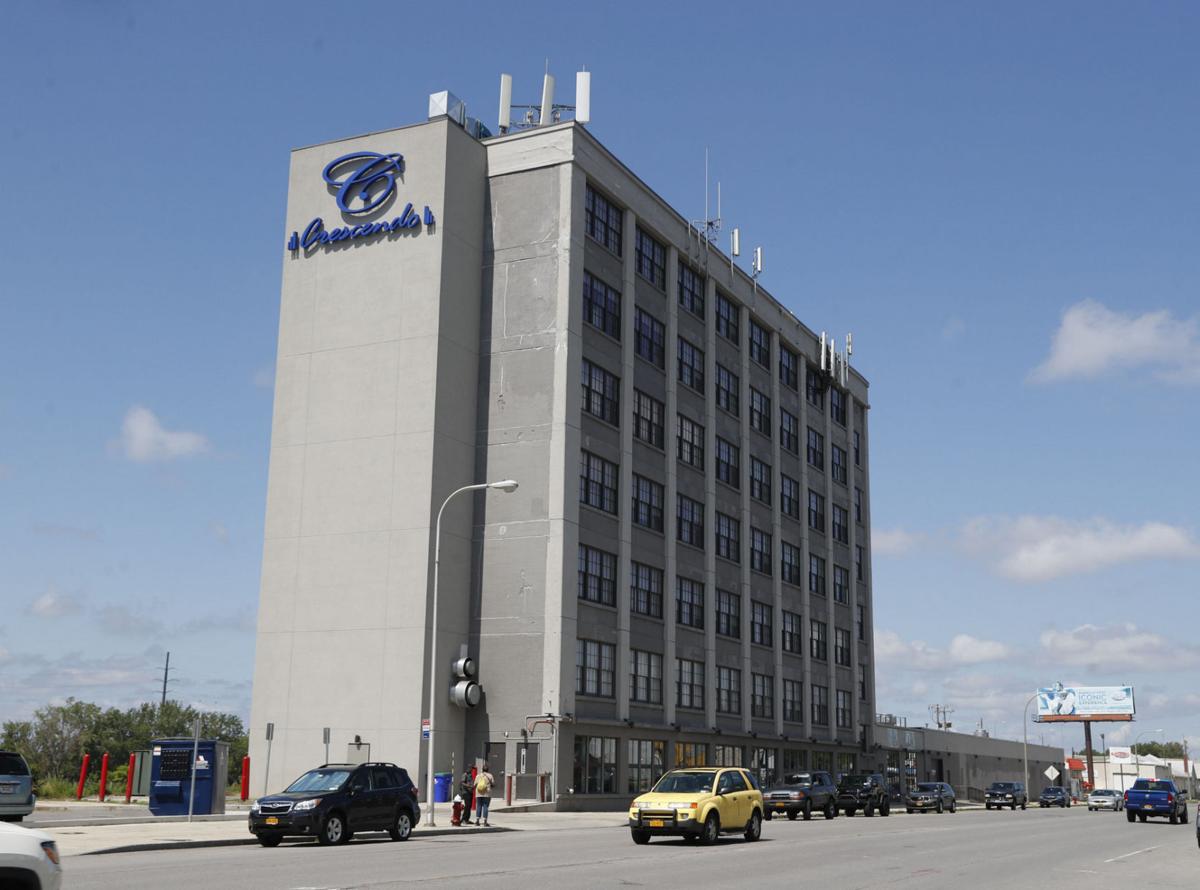 One of the developers and owners of the Crescendo Lofts apartment project on Niagara Street pleaded guilty last week to defrauding a Long Island commercial lender and Fannie Mae by falsifying information he and three others submitted to justify a mortgage on the mixed-use property.

The plea by Robert “Bobby” Corrao represents an extension of the wide-ranging probe of Rochester real estate mogul Robert C. Morgan and three other defendants, who were also accused of bank fraud before pleading guilty to significantly reduced charges earlier this month.

There is no indication that Morgan or his company were involved in Crescendo. But the mortgage brokers from Buffalo – Frank Giacobbe and Patrick Ogiony of Aurora Capital Advisors – were the same in both schemes, and both have already pleaded guilty to their roles with Morgan.

Corrao, president of Natale Development, and a principal and guarantor of 1502 Niagara LLC, admitted in federal court to a single felony count of attempt and conspiracy to commit wire fraud affecting a financial institution.

Waiving his indictment before U.S. District Court Judge Lawrence J. Vilardo, Corrao said he and “Individual 1” worked with brokers at Aurora Capital to deceive an unidentified Long Island-based commercial real estate financing company and Fannie Mae, by providing inflated financial documents to justify a much larger loan for the Crescendo project than it would have otherwise qualified for.

Corrao and the others faked the occupancy rate of the 42-unit building, overstated its monthly income and inflated annual profits by fourfold, according to court documents. The parties also tricked an unidentified real estate service company that was hired to appraise the property, using “false and fraudulent rent rolls and other financial information that inflated the income Crescendo Lofts generated.”

Neither the finance company from Uniondale, nor the appraiser were identified. But Arbor Commercial Funding – which is based in Uniondale – provided the loan for Crescendo and sold it to Fannie Mae, according to data from research firm Trepp LLC. Both Arbor and Fannie were also purported victims of the Morgan scheme, although they did not lose money.

Corrao faces a maximum possible sentence of 30 years in prison, a fine of $1 million or twice what he gained from the scheme, and up to five years of probation. However, the government agreed to recommend a sentence at the bottom of the guidelines, with a $25,000 fine, although the judge is not bound by that.

Neither Corrao nor his attorney, Thomas J. Eoannou, responded to a request for comment. Sentencing is set for Sept. 2 in Buffalo.

The charge to which Corrao pleaded guilty is similar in nature to the multistate scheme for which Morgan, his son, his finance director and Giacobbe were indicted in 2019 and again in 2021.

Morgan ultimately pleaded guilty to a single count of conspiracy to commit wire fraud, involving one property, while the other three pled to misdemeanors. Ogiony had pleaded guilty to an earlier indictment and agreed to cooperate with prosecutors on any bank fraud matters as part of his deal.

Natale Development is an affiliate of homebuilder Natale Building Corp. Both are owned by Angelo Natale, who is also the managing member and owner of 1502 Niagara, which formally redeveloped and owns the seven-story apartment and retail building. Natale also converted the former Aldrich & Ray Manufacturing building at 1485 Niagara into The Dorian apartments. 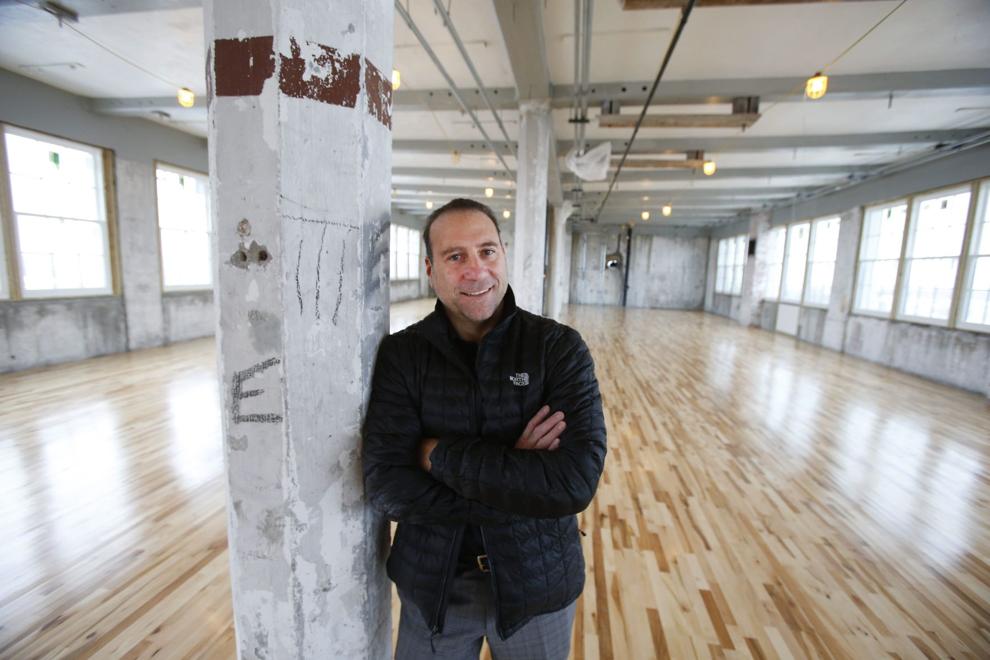 Neither Natale personally nor his companies are named in the court filings, which reference “Individual 1” as the “managing member, key principal, owner and guarantor of 1502 Niagara.”

The documents identify Ogiony as part of the scheme and noted that he worked for “Individual 2,” who “owned and operated” Aurora.” Aurora is owned by Giacobbe. 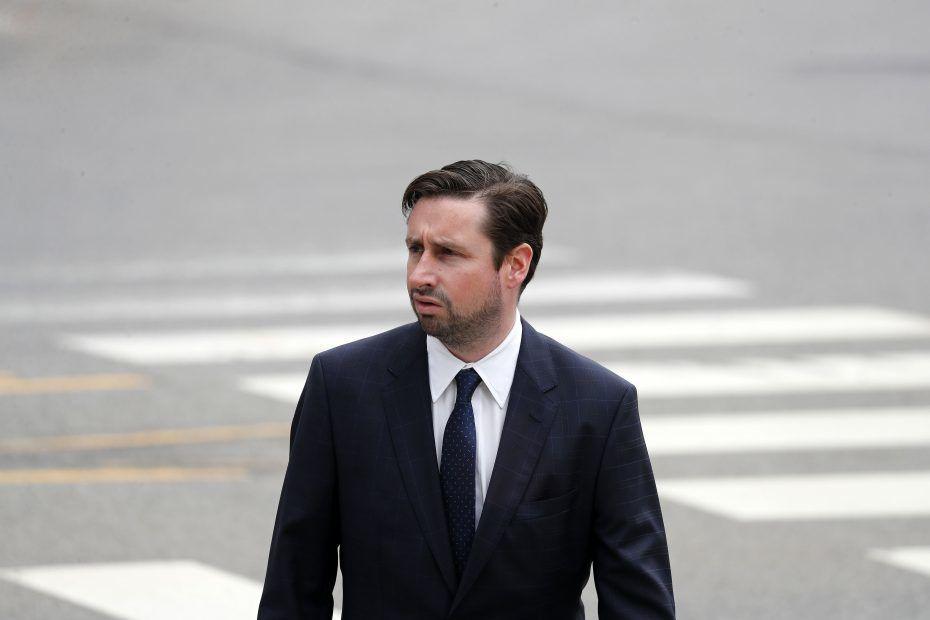 All four were described as “co-conspirators” in an effort to obtain the larger loan, “enrich” themselves for “personal gain” and conceal it, according to prosecutors.

Neither Natale nor Giacobbe’s attorney, Herb Greenman, responded to a request for comment.

Located at 1502 Niagara, Crescendo Lofts is located in the former Bison Storage building, which Natale, Corrao, Carl Savarino and Frank Parisi teamed up to redevelop the 65,000-square-foot former daylight factory into loft apartments, a first-floor restaurant, a rooftop terrace fitness center and other amenities. It was completed and opened in September 2016, at an estimated $7 million cost.

According to the plea agreement and charge information, Individual 1 and Corrao hired Aurora Capital to refinance the construction loan on Crescendo “and to inflate the amount of the refinance loan.” At the time, the developers were finishing construction on the building and had started renting units.

In February 2016, Corrao emailed Ogiony with the financial information for Crescendo, but said the developers were hoping to get a $7.5 million permanent loan. On Oct. 5, 2016, he emailed an accurate rent roll to Ogiony showing 18 of 42 units were vacant. Eight days later, Ogiony emailed the other three conspirators with a fake rent roll showing only four units vacant, reflecting 90% occupancy, because Arbor would not lend on less than 85%.

Then, in December 2016, the real estate service company issued a draft appraisal of Crescendo at $10 million as of Nov. 22, 2016. But that was based on false statements by Corrao and Ogiony that Crescendo was 97.6% occupied, with an effective gross income of $792,248.

By that month, when Arbor conducted a final walk-through of the building prior to closing on the loan, the fraudulent rent roll had only one vacant unit, which Corrao showed to the underwriter on Dec. 29. And by Jan. 3, Ogiony emailed Arbor with a new rent roll showing the building was fully occupied, when 17 of the units were actually empty as of Dec. 31.

A year later, Corrao inflated the 2017 net profit from $28,053 to $118,015 by removing “multiple expenses” from the profit and loss statement, which he sent to Arbor to maintain cover.