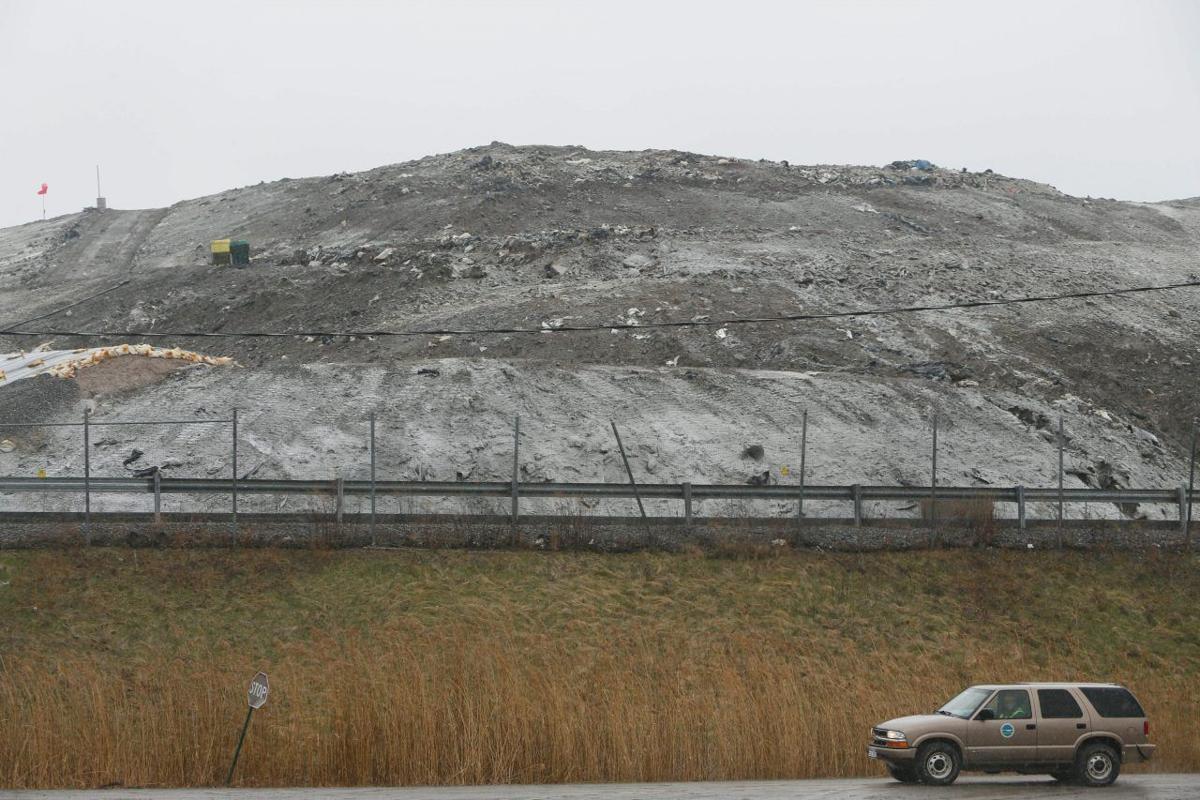 An attorney for the company that wants to bring a 43.5-acre hazardous waste landfill in Niagara County contended Monday that the project would have a $1 billion economic impact during the landfill’s lifespan.

But opponents said that number ignores the impact of bringing another 6 million tons of toxic waste to a region that with a long and notorious toxic legacy. They said that would prevent economic development, not promote it.

“I doubt that anybody watching this proceeding will agree that a new hazardous waste landfill in their community has no adverse economic impacts,” scoffed Gary A. Abraham, attorney for Niagara County, the Town of Lewiston and the villages of Lewiston and Youngstown.

The contrasting views were offered on the first day of a virtual state siting board hearing on whether CWM Chemical Services should be granted a permit to dig a new landfill off Balmer Road in Porter. Its application to the Department of Environmental Conservation has been pending for 19 years.

The company’s first landfill, which covers 47 acres and holds 5 million tons of waste, ran out of space in 2015, after 21 years of use.

An eight-member board, comprising three local residents and five representatives of state agencies, must vote on whether CWM’s RMU-2 plan – the initials stand for Residuals Management Unit – is necessary and in the public interest.

But its vote will be be a recommendation only; State Environmental Conservation Commissioner Basil Seggos must make the final ruling on more landfilling at what’s also called the Model City site, after the nearest post office.

In 2010, the DEC reported New York State doesn’t need any more hazardous waste disposal sites. But CWM disagrees, proposing a landfill that its attorney, Jeffrey Kuhn, said would operate for an estimated 29 years.

“Any assertion that RMU-2 would have a negative economic impact is baseless,” Kuhn argued. “Construction and operation of RMU-2 will have net economic and fiscal benefits to local communities, Niagara County, New York State and New York State businesses of over $1 billion.”

“Environmental contamination is a well-known factor within Niagara County,” said Kyle Teeter, a student at the University at Buffalo School of Law.

The legacy of Love Canal and numerous other toxic sites, and the presence of the Lew-Port campus two miles from CWM’s landfill, argue against more waste disposal in Niagara County, Teeter said.

He said Houston-based Waste Management, CWM’s parent company, controls five of the 18 commercial waste disposal sites in the U.S., and the Environmental Protection Agency estimated in 2018 that the 18 sites’ remaining space is enough for the nation’s needs for the next 25 years.

“Expansion of Model City is not necessary. It’s not in the public interest. It’s not wanted by the people,” Teeter said. “CWM has over 25 years to find a better location than in our school’s backyard to continue this test of the long-term impacts on our communities.”

“Reopening CWM, which has been closed for seven years, to bury waste 10 miles from Love Canal and imported from 40 states, would deter other kinds of economic development more beneficial to the towns of Lewiston and Porter,” said Amy H. Witryol, a Lewiston resident who is a party to the hearing.

“Spills from pipes and tanks containing landfill leachate and leaks of untreated leachate from landfills are routine events at Model City,” Abraham said. “These incidents will continue at the same rate, based on CWM’s theory that RMU-2 will operate in the same manner as RMU-1. Groundwater has been contaminated, all the way down to bedrock. Groundwater eventually discharges into the Niagara River.”

And so does the treated leachate from the CWM landfill, which contains cancer-causing PCBs, Abraham said.

If the DEC rejects the new landfill, Abraham predicted CWM will face a long-term maintenance and cleanup effort, just like the adjoining federal nuclear waste site.

“RMU-2 would be built in the most contaminated portion of the Model City site,” Abraham said, “requiring radiologically and chemically contaminated soils to be excavated.”

Witryol presented four witnesses Monday to argue that a new landfill would deter development in Lewiston and Porter while harming the housing market, tax revenue and property values.

During nearly three hours of cross-examination, Kuhn challenged their conclusions and said there was no evidence that any specific development project hadn’t happened because of the proposed new landfill.

Abraham said Porter’s population has slowly declined since 1980 and undeveloped land east of the CWM site has remained vacant. Kuhn tried to show there were reasons for that that don’t pertain to CWM.

CWM’s land, which its corporate predecessor bought 50 years ago, once was part of the Lake Ontario Ordnance Works, where the federal government manufactured explosives during World War II.

After the war, it became a disposal site for nuclear waste from the atomic bomb project and postwar work with radioactive materials by Niagara Falls-area industries.

That nuclear waste remains at the Niagara Falls Storage Site, adjoining CWM’s property. The waste is buried in a 10-acre pit that the federal government has agreed to spend $590 million to empty, starting in 2029. 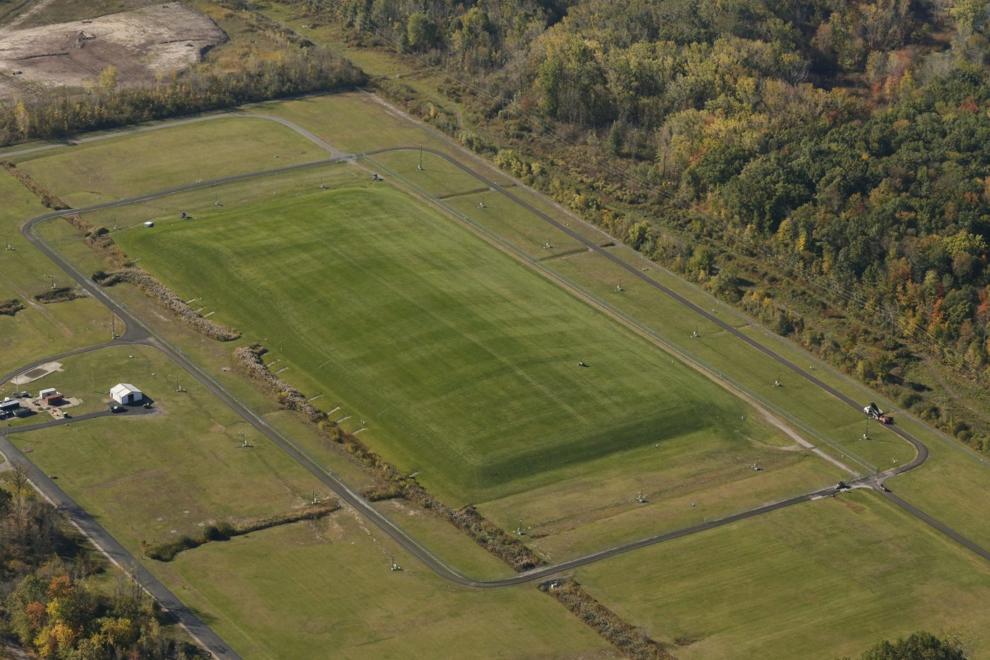 “CWM suggested that Lewiston is already so harmed and economically restrained by the Niagara Falls Storage Site and Modern that there would be no greater stigma caused by building a massive dump requiring all trucks carrying PCBs and toxic waste to pass the front doors of our public schools,” Witryol said.

Since the nearest licensed hazardous waste disposal site is in Michigan, Kuhn said the cost of hauling waste there, including greenhouse gas emissions by long-haul trucks, should enter into the siting board’s decision.

He estimated a new landfill in Niagara County would save CWM’s customers $300 million to $550 million in hauling costs during the life of the proposed landfill.

Kuhn said during the new landfill’s expected 29-year life, CWM, which employs about 80 people when fully staffed, would generate $680 million in wages and employee spending.

In 2001, the Porter Town Board accepted CWM’s offer of $3 million, plus $3 for every ton of waste, if the new landfill is approved.

The hearing on economic issues will continue Tuesday. From May 16-18, the board will hear testimony on contamination of groundwater. Later, a yet-to-be-scheduled session will address the possible discharge of chemicals and radioactivity during the digging of the new landfill.