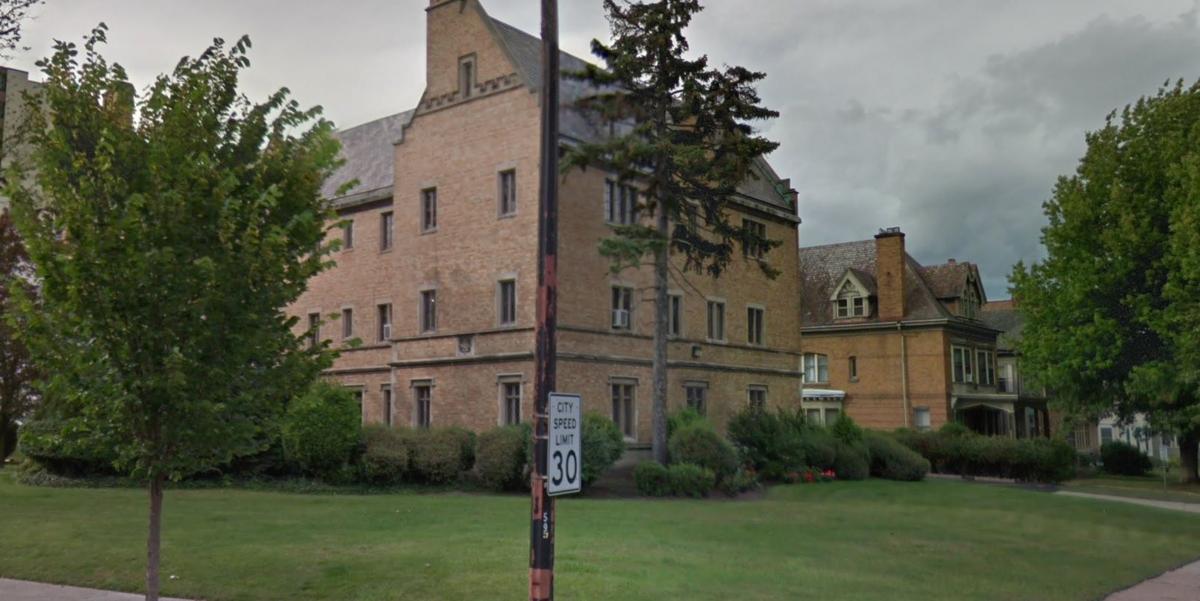 After more than 90 years as a cathedral rectory and then a diocesan retirement home, the former Sheehan Residence for Retired Priests on Linwood Avenue is now an apartment building.

Frontier Group of Companies – a Buffalo-based developer with origins in the demolition and remediation business – is wrapping up its $1.7 million transformation of the 17,376-square-foot property at 330 Linwood into the new Residences@Linwood Manor, with 20 apartments.

Once used as a home for the bishop, the historic three-story mansion now contains 14 one-bedroom and six studio units, with rents ranging from $900 to $1,850 per month. The building features original refinished hardwood floors and other natural woodwork, leaded glass and working fireplaces.

The two-year project was designed by architect Daryl Martin of Orchard Park and overseen by Savarino Companies. Standard Property Management is operating the property.

Built in 1928, the property served initially as the rectory for St. Joseph’s New Cathedral, located at the corner of Delaware Avenue and West Utica Street. After the cathedral was demolished in 1976, the rectory became the Sheehan retirement residence. But after it ceased being used, the Catholic Diocese of Buffalo put it up for sale – along with the bishop’s Tudor-style mansion at 77 Oakland Place.

Frontier bought it in February 2019 for $1.3 million, with proceeds going to the Retired Diocesan Priests’ Medical Benefits Fund. The bishop’s mansion was sold separately to raise money to compensate the childhood victims of clergy sex abuse, in the wake of the still-evolving scandal over abuse and cover-ups dating back decades.

This is the fourth residential redevelopment project by Frontier, whose principals previously completed the Buffalo River Landing on Ohio Street, 500 Seneca and the Seneca Street Lofts at 550 Seneca.