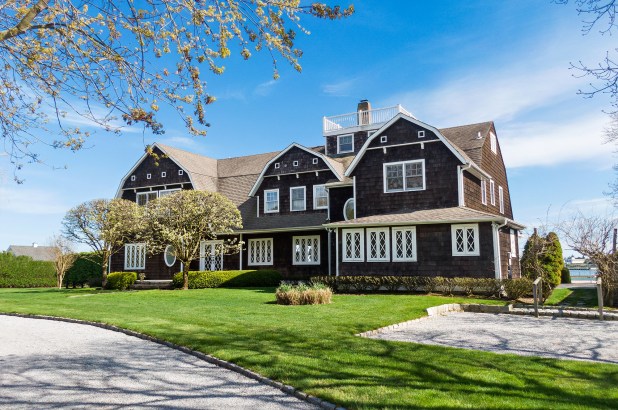 The Hamptons’ median sales price jumped 27.1 percent to $1.08 million during the second quarter of 2020, according to the July 23 Elliman Report, up from $850,000 over the same period in 2019. Breaking into the six figures, it is the highest median sales price recorded in the report’s history.

“The pricing is not just up, but way up,” said the study’s author, appraiser Jonathan Miller. “We’ve seen more high-end sales.”

The average sales price in the Hamptons for the second quarter hit $2.09 million, a 21.1 percent hike from the prior year. (Average sale prices tend to be higher than median ones during boom times because a few big-ticket transactions can pull the number up.)

The jump in prices can be attributed to a variety of factors, but chief among them is increased demand from hordes of New Yorkers fleeing the virus epicenter. Also fueling the increase is the rise of a remote workforce and virtual education that may not require adults and kids to live near offices or schools in the five boroughs.

The race for properties out east started when the pandemic hit, propelling one-percenters to secure up rental houses to ride out the initial wave of cases and deaths. Case in point: The Hampton’s priciest mansion — developer Joe Farrell’s Sandcastle at 612 Halsey Lane in Bridgehampton — was snapped up in a day by an anonymous tycoon willing to pay $2 million from March through Labor Day.

That desire for real estate in locations typically popular for second homes has morphed a fervor to commit to the area by purchasing homes, the Elliman Report figures show, as the coronavirus risks continue to loom.

“There’s somewhat of a herd mentality. There was an eagerness to lock in something out of the city for the summer,” Miller said. “And when rentals weren’t available, sales were the next best thing.”

Even though prices are spiking, listing inventory — or the number of homes for sale — is falling. The study counted 1,906 Hamptons properties on the market during this year’s second quarter, down 25.5 percent from the 2,557 homes for sale in the second quarter of 2019.

Despite demand, homeowners delayed putting their properties on the market because they feared the impact of the coronavirus.

“Inventory fell at a significant rate because many homeowners in the beginning of the quarter pulled their listings,” said Miller, adding that the pandemic’s shutdown of the real-estate industry, with no showings or open houses allowed, essentially paused the market. “They were concerned of what the future looked like and would-be listers delayed listing because, again, this uncertainty that was pervasive.”

The homes that were available, though, went like hotcakes.

“Because of the lack of inventory, good homes are selling for higher prices,” said Douglas Elliman broker Enzo Morabito. One of his listings, at 47 Homans Ave. in Quiogue, first sported a $6.9 million price tag. In the second quarter, its owners were ready to accept a $6.2 million offer — but after a bidding war ensued, the eight-bedroom, eight-bathroom property ultimately sold for $7.3 million. “Whatever is good right now, it sells,” added Morabito.

Despite the economic repercussions of the coronavirus, high-end real estate is still luring buyers. Take the waterfront Southampton mansion at 91 Fowler St., which was on the market for $42.9 million. It sold in May. And billionaire gallerist and art collector Adam Lindemann is quietly shopping his Montauk estate, formerly owned by Andy Warhol, for about $65 million.

“It’s been nonstop,” Bridgehampton-based real estate lawyer Adam Miller told the East Hampton Star earlier this month. “I’m absolutely delirious.” Miller has facilitated closings on about $300 million in deals, from a $750,000 house to a $45 million compound on the Atlantic Ocean.

Expensive Hamptons transactions pushed up the median and average sales prices — even as the absolute number of sales recorded during the second quarter fell, also thanks to the market’s pandemic-related pause.

Between April and June, the Hamptons saw 433 sales; the same period last year notched 498. That’s a 13.1 percent year-over-year decline, with the report adding that’s the lowest second-quarter sales total in 11 years. While that’s a notable low, the report said that despite the coronavirus shutdowns, the decline in sales was more modest than other parts of Long Island, such as the North Fork.