The Niagara Falls Boulevard retail corridor, particularly the stretch from Maple Road north to the I-290, already is one of the busiest shopping districts in the Buffalo Niagara region.

And in the next 18 months or so, Costco, the warehouse club with a passionate fanbase, will open its first Western New York store in the same section of Amherst.

Given the high traffic volume that drivers already face on Niagara Falls Boulevard, Maple, North Bailey Avenue and Ridge Lea Road, shoppers and neighbors are wondering how Costco, and other future retail tenants, will fit there.

In other words, with apologies to that noted baseball philosopher Yogi Berra: Could this shopping corridor get so crowded no one will go there anymore?

“It’s getting to the point now where, every Saturday, it’s backed up from Meyer Road all the way down to Lowe’s,” said Todd Helming, who lives at Meyer and North Bailey Avenue, where he owns the Herrmann Studio. “And during the holiday time, forget it. I don’t leave my property on the weekend.”

Benderson Development Co., which owns much of the commercial property in the district, said companies are drawn to the area by its proximity to the 290 and the University at Buffalo North Campus, and by the chance to cluster with other national retailers.

“Here you’ve got players like L.L. Bean, Trader Joe’s, Nordstrom Rack, Christmas Tree Shops. These are unique in that sense. They only have one store in Buffalo, and this is their home,” said Eric Recoon, Benderson’s vice president of development and leasing. “That’s a real attraction.” 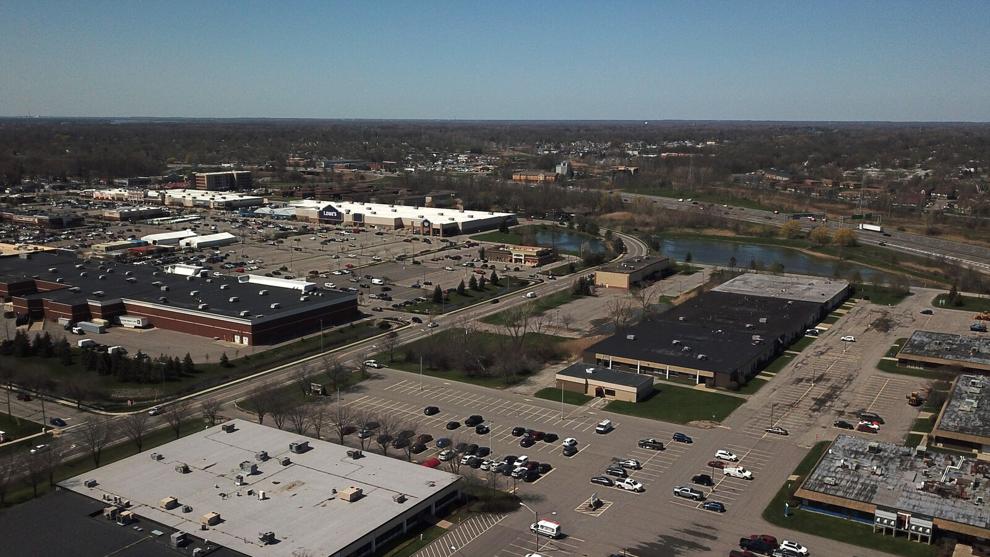 And Amherst Supervisor Brian J. Kulpa said the town is leading a study that will generate ideas on how to improve traffic flow in the area before the Costco opens. Benderson has agreed to make any needed improvements, Kulpa said.

Kulpa has made heavily traveled Niagara Falls Boulevard a focus since taking office as supervisor in 2018.

Some former retail anchors along the corridor await renewal. This includes the former Northtown Plaza, where construction on the Station Twelve lifestyle center restarted after a two-year hiatus, and the Boulevard Mall, which new owner Douglas Jemal plans to revive as a mixed-use center.

The busiest section runs roughly from Maple north to Ridge Lea and the 290 and east from Niagara Falls Boulevard to North Bailey.

Benderson’s The Boulevard, formerly Boulevard Consumer Square, has become the core of this district, boasting 700,000 square feet of commercial space with more than 50 stores, boutiques and restaurants.

The newest tenants include Marshalls, which opened in mid-April, and the Crumbl Cookies dessert shop, which opened in January. Benderson recently announced that Athleta, the women’s athletic wear shop, will open its first area store there.

Athleta, like L.L. Bean, previously had committed to open a store at the long-delayed Station Twelve site.

Benderson also is redeveloping the 14-acre former Burlington Plaza to make way for a collection of new tenants.

And now the developer is turning its attention to the 50-acre property, just to the east of North Bailey, that is the future home of Costco.

Most of the buildings were constructed in the late 1960s as a temporary annex campus for UB.

It grew into an office park that developer Bernard I. Obletz purchased in 1980 and later expanded, with Benderson purchasing the 16-building property in 2015.

Recoon said about 12 companies have office or warehouse space at what Benderson calls Amherst Commerce Park.

A contractor has begun removing asbestos from several buildings. Most, but not all, of the aging structures will be torn down as part of a planned overhaul of the site.

One exception is the KeyBank building, where the bank is consolidating back-office workers from Lockport and where Benderson is building a new, larger parking lot. Benderson soon will begin renovations to the building itself, Recoon said.

Benderson has not confirmed the Costco project, but Kulpa said the warehouse-club retailer will take up a large portion of the northern end of the annex property.

This news brought cheers from fans of Costco – followed immediately by concerns about traffic.

“Gonna have to wait 3-4 months post opening to even think about going. That whole plaza will be chaos,” Dan Hollander, a West Seneca resident who grew up in the Town of Tonawanda, tweeted after the Costco announcement.

Cheryl Widmer, a North Buffalo resident who lived for years in Southern California, is a devoted Trader Joe’s fan who is excited about Costco coming to town. But she can’t imagine putting this store in that location.

“You know, LA is overcrowded anyways. But we have Costcos – it’s a zoo,” Widmer said. “I mean, when you guys think busy, you guys know nothing about busy. I’m talking, seriously, I’m talking half an hour in the parking lot to try and get a parking space. An hour and a half standing in line just to check out.”

Kulpa said a traffic analysis of the corridor is long overdue. As Costco goes through the approval process this year, the developer and town will incorporate the study’s recommendations into the planning and design work for the project.

Widening North Bailey, now essentially a single lane in each direction with ditches running along the side, and adding roundabouts on the section of North Bailey between Ridge Lea and Meyer are both possibilities.

“How often do we have developers who say, ‘We’re going to rebuild the infrastructure to make this work?’ ” Kulpa said.

Skeptics abound, including people who live just to the south of the UB annex property, where Benderson is planning to construct a Delta Sonic warehouse.

“My bedroom window is 15 feet away from North Bailey. Maybe less,” said Helming, owner of the photo studio. “So if they’re gonna widen that road I could basically open the window and spit on any vehicle that goes by that’s making too much noise. I mean, there’s no room for four lanes.” 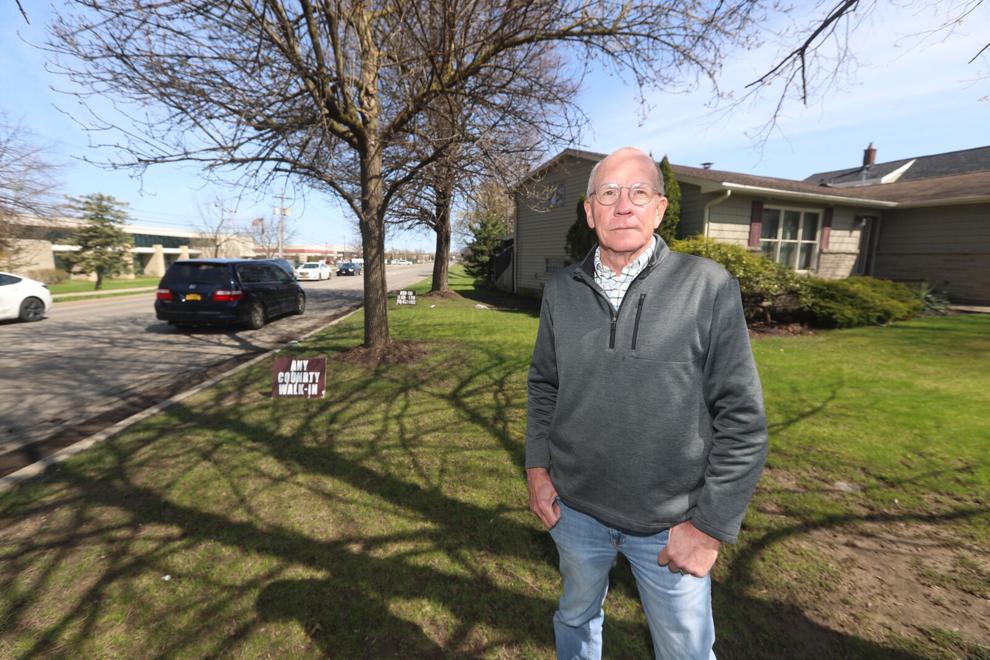 Another Meyer Road resident, Geri DiCosmo, is among the critics of Benderson’s Delta Sonic project, which remains in the approval process, citing traffic and environmental concerns.

DiCosmo wondered why the town isn’t steering a project like Costco to other commercial properties that have better access, such as the Boulevard Mall or Station Twelve, or to vacant, Benderson-owned retail structures.

“Why are we not repurposing these buildings?” DiCosmo said.

Charles Lindsey, an associate professor of marketing at UB, said retailers seek to locate in retail clusters, even those where stores that sell similar products are located.

“They’re counting on the fact that you or I, we go there, we take our family along and we don’t just stop at one store,” he said. “We stop at two or three or four other stores.”

He wondered whether a corridor could get so gridlocked that potential shoppers are driven away. “What is that tipping point?” Lindsey said.

Kulpa said the market, not the town, dictates where a company like Costco prefers to build.

Still, how much is too much for this cluster?

Someone recently asked Kulpa: “What do you want to tell people when they say, ‘Well, why are you trying to get Costco there?’ ”

He had a ready quip: “I said, ‘Just tell them wait till they see where I put the IKEA.’ ”