Home > In the News > Is Residential Real Estate Headed For A Crash?

Is Residential Real Estate Headed For A Crash? 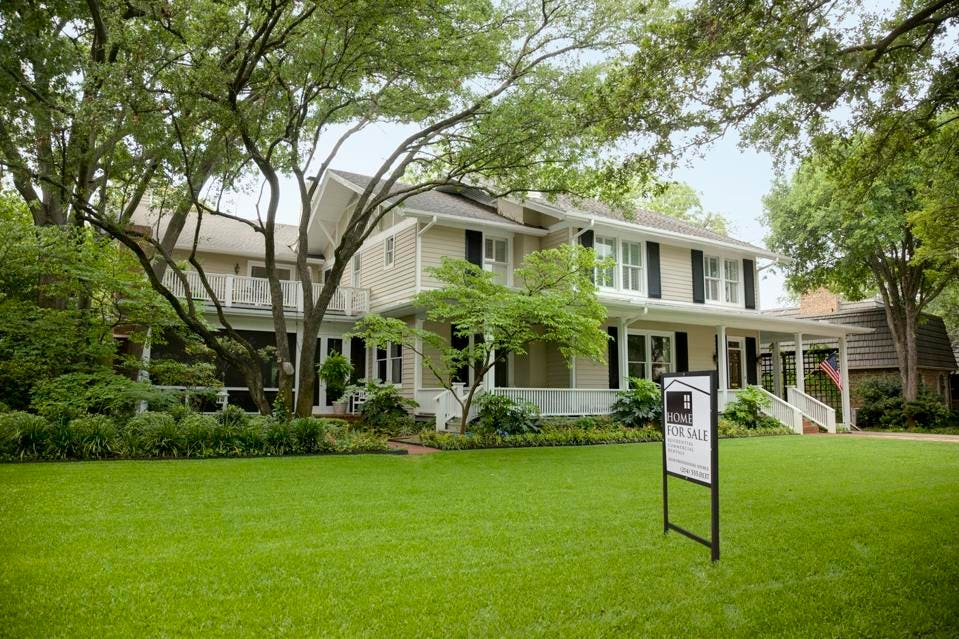 The U.S. housing market is hot right now. So hot, in fact, that buyers are paying well over asking prices ($1 million over, in some cases) and inventory sits at record lows. The confluence of factors that have led to this point has many comparing the current market to the previous housing bubble, which begs the question, is a crash imminent?

Home prices are rising at a pace similar to that of 2006 — right before the last housing bubble burst. March saw a 13.2% year over year price increase, the largest jump since December 2005. However, the next month’s number (released by the S&P CoreLogic Case-Shiller U.S. National Home Price NSA Index) actually exceeds March’s extraordinary gain, with April coming in at a 14.6% year over year growth. With home prices continuing to accelerate, some might think the market is heading toward an inevitable drop. However, the reality is the booming housing market at the moment is not necessarily translating to inflationary pressures.

The Consumer Price Index (CPI), an oft cited metric for inflation that is supposed to represent the average change over time in the prices consumers pay for goods and services, including housing, has increased 5.4% over the past 12 months. However, when you look specifically at the Consumer Price Index for shelter (which includes rental payments, mortgages, etc.), you see that number increased only 2.6% in the past year. This means housing is actually acting as a deflationary pressure on the overall CPI at the current moment. In other words, the rapid increase in housing prices is not driving headline inflation.

A major contributing factor to the last housing bubble and 2008-2009 recession was excess housing supply. At that time, home prices were increasing at the same time that more supply (new construction) was being built on top of an already excess supply of homes. Now, the opposite is happening; the housing market is being driven by a limited supply and heavy demand.

Demand is further pent-up because of the lingering impact of Covid-19. Supply chain issues and restrictions slowed new construction, and this played out during the first half of this year in the price of lumber. Demand for new homes was such that lumber prices rose more than 30% from January through May, before the bubble burst in June.

Now that housing starts and new building permits are increasing, even if the Fed bumps interest rates a bit, it’s likely housing demand will remain strong. And with such low housing inventory, the market can likely build above historic averages for some time before offsetting the equilibrium of supply and demand.

Many aspects of today’s inflation will likely be transitory. This makes sense when you consider that many of the current inflation numbers are lapping what was a very weak period one year ago. Gas prices fell, people traveled less and there was an overall downward pressure on prices.

Now, many sectors of the economy are in the midst of a robust recovery. For example, oil prices for July were up to roughly $74 per barrel, while last year around this time they were around $42. But while lumber or oil or transportation prices are reaching these very high highs, they are not likely to continue at the same breakneck pace, as was the case with lumber, to create a runaway inflation scenario. Rather, they’ll likely rightsize over the course of the rest of the year.

However, housing inflation is more sustained and will have a more long-term impact. As you saw, housing prices are actually acting as a deflationary force on overall CPI right now. This is because housing costs for most Americans remain relatively static. Rental agreements and mortgages don’t change, unless you move. According to the Current Population Survey put out by the Census Bureau, in the past decade, 12.5% or less of Americans actually moved their residence, with only 9.3% doing so in 2020. This means the large majority of Americans are not feeling the immediate impact of the increase in housing prices and won’t feel it as inflation for up to another year and a half since home prices move ahead of the CPI for housing by 17 months on average.

The housing market is far from headed for a crash, in my opinion. In fact, the indicators discussed here give reason to be optimistic about the long-term outlook for residential real estate. Yes, home prices are rising very quickly. But, record low inventory and pent-up demand are poised to sustain the rise in home prices, as well as the construction industry in new builds, over the next few years.