Malls Seek to Evolve as the Pandemic Hastens a Retail Overhaul 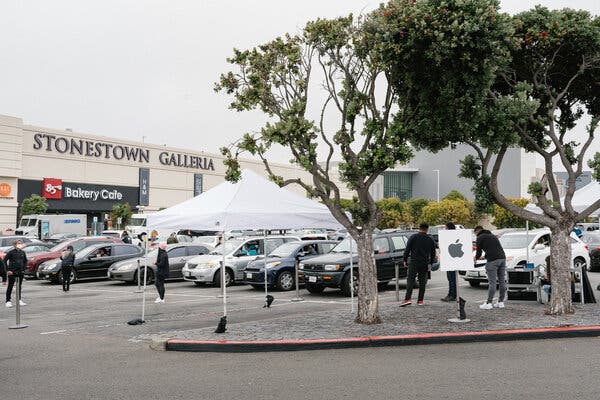 In southwest San Francisco near San Francisco State University and championship golf courses, Brookfield Properties is redeveloping its Stonestown Galleria in perhaps the most disruptive retail environment in modern times.

Macy’s vacated the mall in 2018, and Nordstrom followed about 18 months later. Consequently, Brookfield, a global real estate developer and manager, is spending $149 million to reconfigure the 804,000-square-foot property, adding a Whole Foods, a health care provider and a Sports Basement sporting goods store, while expanding an existing Target and relocating a stand-alone Regal Cinemas to inside the mall.

Plans to build apartments are also in the works at the property, which after reopening in June was ordered to close again as coronavirus cases surged in California.

More than just a routine overhaul, the improvements represent an effort to stay relevant as growth in online shopping combined with shifts in retailing practices and consumer tastes have for years dismantled the traditional shopping mall model. 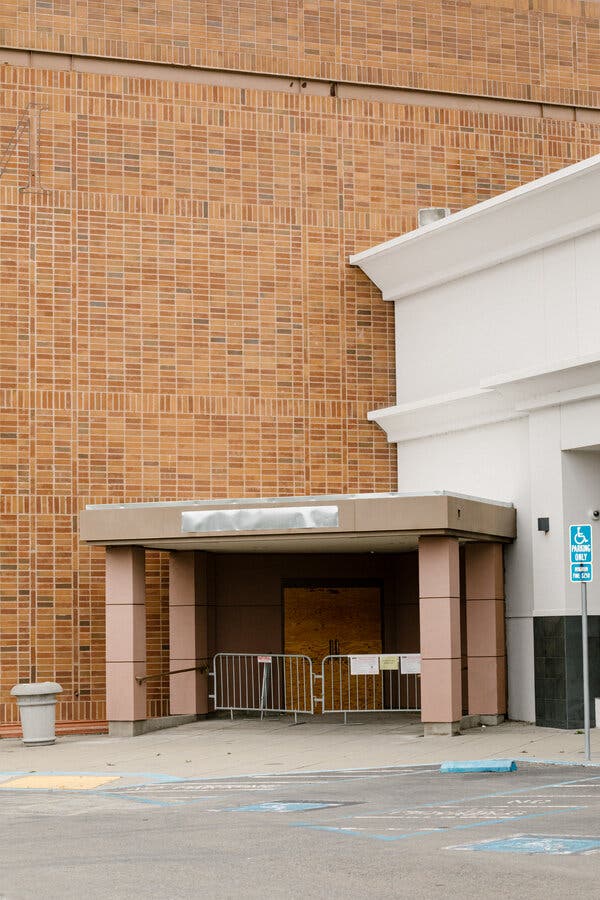 “If the old mall design was one of two to four department stores with connecting retail space, in my mind what we’re doing at Stonestown Galleria is closest to the modern footprint going forward,” said Adam Tritt, executive vice president of development for Brookfield. “We don’t necessarily see the pandemic or shifting role of department stores as new. Retail is always changing.”

Indeed, Brookfield, Simon Property Group, Unibail-Rodamco-Westfield and other mall operators have spent billions positioning themselves for a future with few or no department stores after the struggles of traditional anchors like Sears and Macy’s. Under pressure caused by pandemic-induced lockdowns, J.C. Penney and Neiman Marcus are the latest distressed mall anchors to declare bankruptcy and close stores. Malls were also hit by the loss of other retailers that have fallen during the pandemic, like Brooks Brothers and Ascena Retail Group, the owner of Ann Taylor and Lane Bryant.

Developers have replaced the vacant big boxes with a mix of retail, dining, entertainment, fitness, co-working and health care options. They have also added apartments, hotels and offices to the properties — often to make better use of vacant parking lots and create built-in traffic generators — and they are beginning to create distribution and self-storage hubs at malls as more people purchase their goods online. 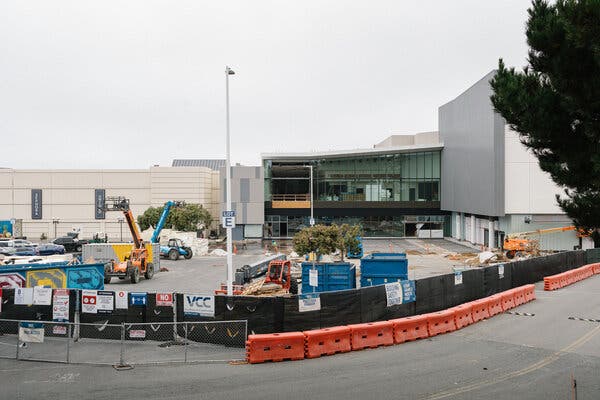 In June, Washington Prime Group agreed to turn a former Sears location at its Morgantown Mall into a logistics, distribution and fulfillment center for WVU Medicine, the health care network serving West Virginia University. The move comes after Washington Prime’s recently announced Fulventory initiative, through which the company is providing logistics and warehouse solutions at its properties.

“As more department stores become vacant, we do need to re-envision the future of mall properties,” said Greg Maloney, president and chief executive of the Americas retail unit of Jones Lang LaSalle. “Will it be 100 percent retail? No, but its success still comes down to location.”

Long before the coronavirus arrived in the United States, many malls, often overburdened with debt and struggling with vacancy and declining values, were fighting to stay alive.

The number of malls has declined to less than 1,000 today from 3,000 at the turn of the century, according to Nick Egelanian, president of SiteWorks, a shopping center and retail consultant in Annapolis, Md. And, he predicts, only about 200 of the strongest malls with the best locations will be left by the end of the decade, if not sooner.

But to thrive, most must adapt, said Mr. Egelanian, who has long argued that the deconstruction of department stores — and therefore malls — began 40 years ago with the dawn of big-box stores, or “category killers.”

The ideal, he said, will mirror properties like Tysons Corner Center, a 1.9-million-square-foot mall in Virginia owned by Macerich that is surrounded by offices, high-rise residences and hotels.

Some malls will emphasize luxury and cater to the affluent, observers add, while others will focus on middle-market consumers and continue to replace former anchors with off-price tenants, such as Dick’s Sporting Goods, Burlington and T.J. Maxx, which have traditionally operated in strip centers or lower-tier malls.

“In the minds of the owners of top malls, there was a higher and better use for their properties,” he said. “But there are a lot fewer options to backfill space today, and even those malls are looking to just get tenants into vacancies.”

To better position itself for the future, one middle-market mall owner, Pennsylvania Real Estate Investment Trust, has sold 18 malls with significant department store exposure over the past five years and is reinvesting more than $885 million in proceeds into its core assets. 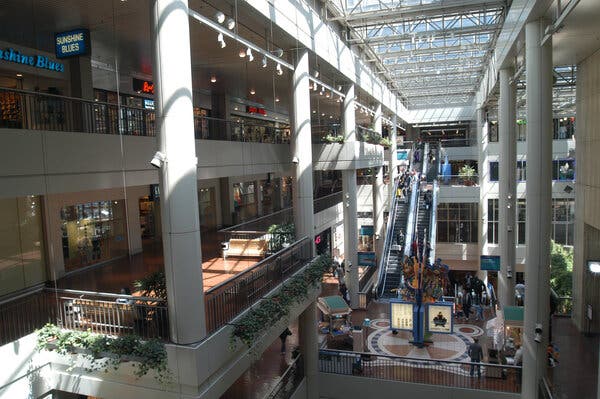 Among other projects, the real estate trust sank $210 million into the Fashion District, a 1.5 million-square-foot mall in downtown Philadelphia that it owns with Macerich. A number of new tenants joined the roster when it reopened in 2019, including an AMC Theaters cineplex and the flexible-office provider Industrious.

Other nonretail companies continue to show interest in the company’s properties, said Joseph F. Coradino, chief executive of Pennsylvania Real Estate Investment Trust, which is based in Philadelphia and owns 21 malls primarily on the East Coast.

“When you step back and look at malls, they typically have phenomenal locations at major intersections and highways,” Mr. Coradino said. “Certainly the mall business today is different than it was a year ago, or even six months ago. But I don’t think the success of malls is a question of apocalypse or death. I think it’s really an evolution.”

Yet like many malls that have been repositioned in the past decade, Fashion District boasts a high percentage of food and entertainment tenants. Plagued by questions over how soon consumers will feel safe returning to them, these businesses are operating at partial capacity nationwide, and some are closing.

“The pandemic certainly gives us a cautionary tale on the value of tenant diversification and how we can best utilize our real estate footprint,” Mr. Tritt said. 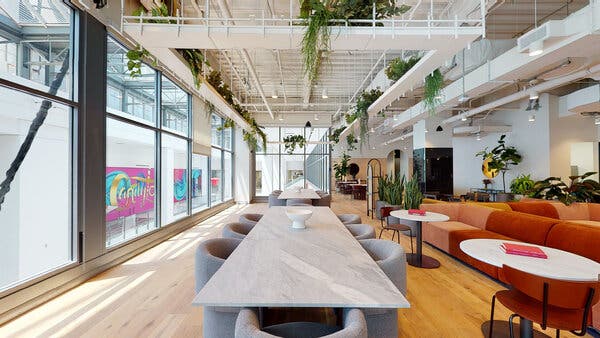 Observers anticipate that entertainment and restaurants will continue to generate traffic over the long term, although they acknowledge that full recovery depends on a coronavirus vaccine.

Still, restaurants and entertainment have become so ubiquitous that they have failed to live up to the expectations of many mall owners, said Scott Y. Stuart, chief executive of the Turnaround Management Association, an organization in Chicago that represents restructuring professionals.

“While the uses have filled gaps in malls, they’re beginning to look like short-term solutions,” he said. “Consumers have a choice to go to a mall or some other setting to experience them.”

Some owners, however, will be forced to recognize that their locations no longer fit in the retail world, Mr. Egelanian said. But that may produce opportunities to start new industrial, housing, office or mixed-use developments from scratch.

“There may not be any time in the last 100 years when so many 100-acre sites located at that perfect intersection have been available for redevelopment within such a short period of time,” he suggested. “They will have value for many uses and could be big economic generators for their communities.”