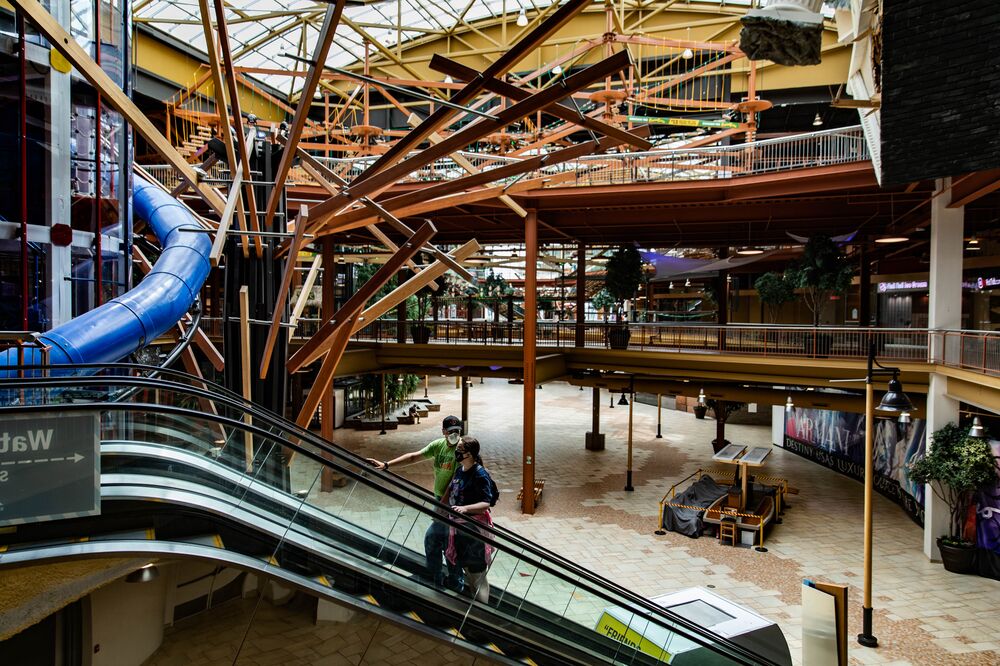 A sprawling shopping mall in Syracuse, New York, may be driven into one of the biggest municipal-bond defaults since the onset of the pandemic.

Already struggling before the lockdowns hammered retailers, Destiny USA, the state’s largest mall, said it doesn’t know if it will generate enough cash to keep running and pay its debts this year, raising doubts about whether it can continue as a business. Its owner, Pyramid Management Group, hired restructuring advisers and has sought a meeting with investors who hold about $285 million of municipal bonds that financed the project, according to a filing last month.

Nuveen LLC and MFS Investment Management were the biggest holders of the debt as of March 31, according to data compiled by Bloomberg.

If Destiny can’t pay what it owes, it would be the second-largest default in the state and local government bond market since Covid-19 began racing through the nation in early 2020. It would also mark the first ever on debt backed by payments developers agree to make instead of property taxes, making it a potential precedent for a $7.5 billion corner of the market that financed New York’s Hudson Yards development, the Mets’ baseball stadium and the new American Dream mall in New Jersey, whose grand opening was delayed by the pandemic.

“There isn’t much precedent for PILOT bonds used to finance shopping centers in bankruptcy,” said David Hammer, head of municipal bonds at Pacific Investment Management Co., referring to securities backed by payments in lieu of taxes. “Valuations on many of these assets were already facing headwinds prior to Covid due to changing consumer behavior.”

But some businesses that have raised money by selling debt through government agencies have struggled to repay what they owe. About $2.1 billion of bonds defaulted in 2020, up from $1.4 billion in 2019, according to data compiled by Bloomberg Intelligence. Among them was a company that’s building a California factory to recycle rice waste, a fuel plant in Oregon and a Tennessee cancer center.

Destiny sold its PILOT bonds in 2007 and 2016 through the Syracuse Industrial Development Agency to expand into a super-regional shopping and entertainment complex. Instead of paying real estate taxes to Syracuse, the city agreed to subsidize the project by allowing the company to direct the money to debt repayment.

But it struggled as Americans increasingly shifted to online shopping. Then Covid hit, causing sales to drop 40% and rent revenue to fall by more than 30% to $32 million last year, when the mall closed for four months.

Occupancy at the older portion of the mall that backs the municipal bonds, formerly known as the Carousel Center, fell to 57.7% in December and anchors including JC Penney Corp Inc. and Best Buy Co. Inc. shuttered stores. The estimated value of that segment fell to $118 million, less than half of the $285 million of PILOT debt outstanding.

Less Incentive
Destiny also has $430 million of subordinate commercial-backed securities, of which $300 million is on the Carousel portion. The loan servicer has granted a moratorium on loan payments until the loans mature in June 2022.

With the valuation so far below what is owed, the company has less incentive to keep paying on the debt, Fitch Ratings said in March when it downgraded the PILOT bonds deeper into junk. About $22 million in PILOT payments are due this year, $14 million more than the mall’s operating revenue in 2020.

Pyramid hasn’t asked Syracuse to reduce the PILOT payment, said Greg Loh, the city’s chief policy officer. The next payment is due in July.

The company said in a bond filing that it’s seeking to cut costs and renegotiate its debts.

“The company plans to continue to implement cost control procedures, negotiate revised terms on its debt service requirements, and rely on capital contributions from the partners, which are at the discretion of the partners and uncertain in nature, to cover any cash flow deficiencies,” according to Carousel’s financial statement.

Nuveen and its parent TIAA held about $110 million of Carousel’s municipal bonds as of March 31, according to data compiled by Bloomberg. MFS was the second-biggest holder with $96.6 million as of March 31. Jessica Greaney, a Nuveen spokeswoman, didn’t provide immediate comment. Dan Flaherty, a spokesman for MFS, declined to comment.