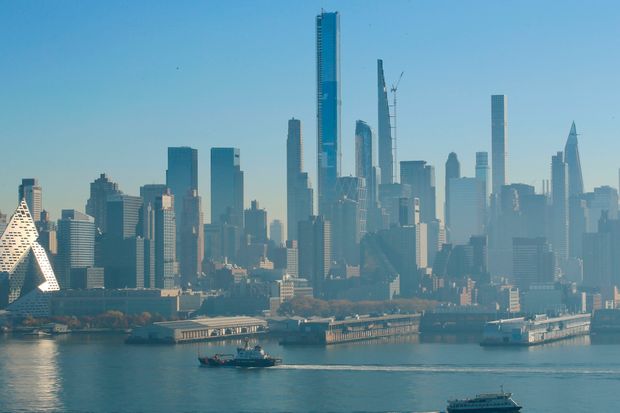 After months of working remotely, the pandemic likely will mark the end of an era for millions of workers who used to face daily, mandatory slogs into the office.

That was Clarion Partners CEO David Gilbert on Thursday, about what he sees in store for commercial real-estate markets in the aftermath of the U.S. election and the global pandemic.

“Office is a big question,” Gilbert said of the potential shake-up to real estate some eight months into the worst global health crisis in a century. “You don’t abandon the office. It’s just less of a need to be there every single day.”

What does that ultimately mean for office properties? It’s still too early to tell, said Gilbert, during a Franklin Templeton virtual series, but he does expect there to be less demand for office space.

“That is the single biggest question on our minds, in our investors’ minds and frankly on the mind of any CEO running a business where an office environment was heretofore critical,” Gilbert said.

Clarion became a part of Franklin Templeton BEN, +5.22% in July through the completion of its purchase of Legg Mason and its specialty investment affiliates, including Brandywine Global and ClearBridge Investments.

Gilbert knows a thing or two about real-estate cycles, having worked since the 1980s in the property markets at some of the nation’s largest investment banks and the massive California Public Employees’ Retirement System (Calpers), as head of real-estate investment.

To that end, he said some “good news” from the pandemic has been that corporations largely managed through the crisis without sharp layoffs to white-collar jobs, thanks in no small part to the “backbone of technology” that until recently wasn’t available.

U.S. stocks closed lower Thursday, with the Dow Jones Industrial Average DJIA, +1.53% extending its losses into a second day, as surging COVID-19 cases counts in the U.S. and Europe alarmed investors worried about the possible return of broad-based stay-at-home orders.

New York City set fresh curfews on bars and restaurants this week to help limit the spreading virus and Chicago advised residents to stay home for 30 days. Nevadans were advised to stay home for two weeks and to wear masks.

Gilbert thinks that companies experiencing a surprisingly “seamless” transition to work-from-home during the crisis likely will adopt more flexible work arrangements for employees going forward, perhaps only requiring a trek into the office for two or three days a week.

Remote work has become one of the year’s hot-button issues, and Deutsche Bank strategist Luke Templeman this week floated the idea of a tax on stay-at-home workers.

More practically, Gilbert said the desirability of major cities will hinge on state and local finances, and public services that cities can provide as COVID-19 triggers a wave of severe budget shocks to many states.

Real-estate brokerage CBRE thinks remote work could cut the need for office space by 15%, but that the office cycle will bottom out in 2021.