Ramapo officials are expressing outrage at the secretive owner of the former Novartis property, who they say is trying to sell the campus for millions more than what it’s worth while simultaneously taking the town to court to lower its property taxes.

Suffern Partners LLC entered into a contract to sell the 162-acre campus for $55 million – some $14 million higher than the current full market value of about $41 million, according to Town Assessor Scott Shedler.

RS Old Mill bought the vacant property from the pharmaceutical company in 2017 for $18 million, then quickly resold it to Suffern Partners, and the former business partners have been in court ever since fighting over the title.

In a slew of lawsuits, Old Mill has accused Suffern Partners of not paying the $33 million sale price for the property, while Suffern Partners is suing its mortgage escrow company for allegedly failing to make the payment.

Even following the resolution of a federal bankruptcy case involving the two rivals, questions still exist about which one holds legal rights to the property.

Suffern Partners, formed for the purpose of buying the campus, has been involved in dozens of other lawsuits – including one over an unpaid $300,000 electricity bill, and another involving a kosher caterer that set up shop there.

The campus’ buildings sit on land along Old Mill Road in Suffern, with other parcels on Route 59 in Suffern and Hemion Road in Montebello.

The properties together are Suffern’s No. 1 taxpayer and among the top taxpayers in Ramapo. Bills for 2020 on those parcels show just under $2 million in town, county and school district taxes alone. 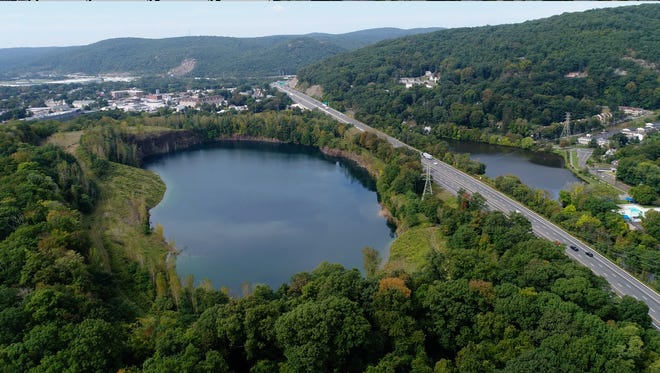 Tracing the names of the individuals involved in the overlapping lawsuits has been made deliberately difficult. In New York, limited liability corporations or LLCs can conceal the identity of their principals, with documents often disclosing only a contact for the corporations – usually an attorney.

Phone and email messages left for lawyers representing the two competing entities were not returned Wednesday.

Suffern Partners’ two-year tax grievance seeks a reduction of about 85% from $41 million to $6 million for the fair market value of the three parcels.

The owner alleges the assessment is unequal, excessive and unlawful/illegal, but does not provide any further explanation, according to Dylan Harris, of Lewis & Greer PC, Ramapo’s outside counsel on assessment challenges.

Ramapo Town Supervisor Michael Specht said it was “appalling” that Suffern Partners was aggressively seeking to lower its taxes while entering into a lucrative contract to sell property without informing the town.

“Their iniquitous actions adversely impact Ramapo taxpayers and left the Town with no choice but to vigorously pursue any and all legal remedies available to us,” Specht stated. “We are confident that the court will see through their machinations and remedy this very troubling situation accordingly so that Ramapo taxpayers are not left footing the bill for their blatant misconduct.”