Realtor.com found the housing markets that have recovered the most since the country’s start of the coronavirus pandemic. Did your market make the list?

There’s no point in sugarcoating it: The U.S. economy is a hot mess. The continuing coronavirus pandemic has led to scores of business closures, the worst unemployment since the Great Depression, and the steepest economic contraction on record.

Yet, despite it all, the U.S. housing market has come back—and then some. After monthslong pauses in many parts of the country, bidding wars and offers over asking price have returned. Cooped-up buyers seeking larger homes and wanting to cash in on record-low mortgage interest rates are battling it out over a very limited supply of properties for sale. Median list prices are up more than 9% over last year, a result of the lack of homes on the market, according to weekly realtor.com® data. (The median home price nationally rose to an all-time high of $349,000 in July.)

“Housing tends to be immune from economic downturns and slowdowns,” says realtor.com Director of Economic Research Javier Vivas. That’s excluding the past recession, which was caused by a housing bubble. “Right now we’re seeing markets recover faster where they’re able to contain the virus better. Markets with strong technology sectors have been more resilient.”

So where are these comeback kids—the housing markets rebounding the most since the start of the COVID-19 crisis?

Realtor.com found that more than half of the largest metropolitan areas have recovered from their pandemic lows. (Metros include the main city and the surrounding suburbs, exurbs, and smaller cities.) But the housing markets in less expensive, smaller cities as well as the suburbs and farther out towns where buyers can get more square footage for their money, the easier to social distance in, are more in demand than high-rise condos and apartments in the nation’s largest, most expensive city centers.

To figure out which metros have boomeranged the best, realtor.com’s economics team looked at median home asking price growth, the percentage of new listings coming online, the number of days on market that it took homes to sell, and online home search growth. The team looked for year-over-year growth in each of the metrics. Then it created an index by comparing those stats in January—a relatively normal pre-COVID-19 month for the housing market—to the week ending July 18.

A score of 100% means the market is performing the same as it was in January. Anything higher shows how much better it’s doing. (The list was narrowed to just two metropolitan areas per state to ensure geographic diversity.)

These are the markets that have recovered the most since the beginning of the COVID-19 crisis:

Boston, a finance, tech, and higher education hub, earned the No. 1 spot on our recovery list, with a median home price* of $675,050. But the metro, like many others across the country, has seen a huge shift in what buyers want.

The new townhomes and condos within walking distance to the city center—which have been selling like shares from hot IPOs for the past few years—are now sitting on the market. However, the McMansions and actual mansions that were popular in the ’90s are suddenly all the rage again, including this $1.5 million five-bedroom house on a half-acre in the suburb of Needham, MA.

“Sellers would have had to discount [these places] to sell” before the pandemic, says local real estate agent Gary Kaufman of Keller Williams Realty. “Now these properties are selling at full price.”

A similar scenario is playing out in other big, Northeastern cities. The New York City metro, which comes in third place, has also seen a demand shift. (The median price was $593,000 for the entire metro area, which includes swaths of upstate New York and parts of Connecticut, New Jersey, and Pennsylvania.)

Co-op and condo prices in tightly packed Manhattan have remained relatively flat. It’s the suburban and exurban markets, though, stretching from nearby Westchester, Fairfield, and Nassau Counties to mountainous Ulster County, that are exploding with high-wage earners who are either leaving the city completely or buying second homes with room to spread out.

“Almost overnight the tether between work and home just got infinitely longer,” says New York City–based real estate appraiser Jonathan Miller. “The suburbs of these metro areas, second markets, and the exurbs are all having their day right now. I think it continues in some form after there’s a vaccine because the technology is there [to enable folks to continue telecommuting].”

Buyers in pricey, Western tech hubs are also heading to the burbs 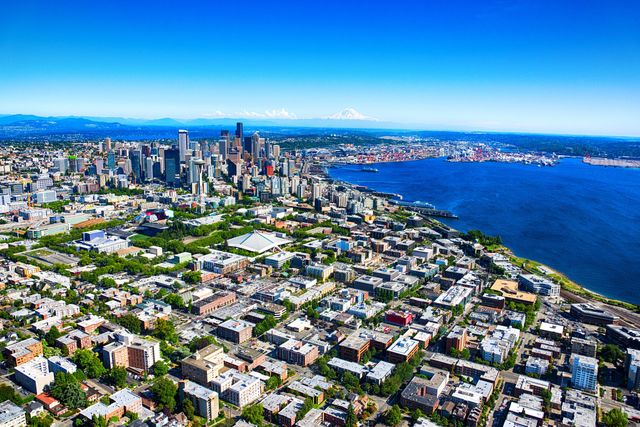 Residential real estate markets in pricey, tech hubs on the West Coast are rebounding almost as well, if not better, than their Northeast counterparts.

“Right now, everything that residents love most about San Francisco and other cities—clubs, cultural venues, and events, street fairs, restaurants, the ‘rush’ of social life in the city, being able to walk to work—has pretty much disappeared,” says Patrick Carlisle, chief market analyst at Compass. “What remains is the sense of feeling locked in, being more exposed to the virus, and trying to avoid people whenever they venture outside.

“San Francisco is the weakest market in the Bay Area.”

Sales in the four outer counties with the lowest population densities (Monterey, Santa Cruz, Napa, and Sonoma) are up six to 10 times more than San Francisco. In Napa Valley’s Saint Helena, this four-bedroom home listed at $2,995,000 is asking more than double its 2019 sale price.

Cheaper areas are popular with local and out-of-state buyers 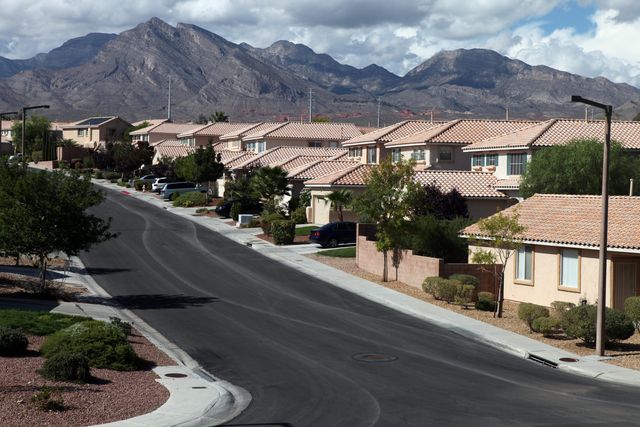 More affordable, smaller metro areas are becoming increasingly popular with buyers, many of whom hail from other states and can work remotely from anywhere. That’s helped Las Vegas, No. 8, with a median list price of $340,050; Rochester, NY, No. 9, at $249,950; and Memphis, TN, No. 10, at $260,050, make our list. These metros had some of the least expensive home prices on our list, along with growing economies.

“You’ve got people priced out of California, Colorado, Washington state, and even Arizona now,” says realtor.com’s Vivas. “They’re looking for cheaper mortgages and a larger space for less money.”

This helps explain why Vegas, which was one of the poster children of everything that went wrong in the past recession, has rebounded so quickly. The big difference this time is inventory is low, down 14.4% in July compared with the previous year. Meanwhile, demand is high. The reverse was true during the past housing bust.

Memphis is also getting a rush of buyers trying to edge one another out for the limited number of homes on the market. In roomy suburbs such as Germantown, TN, sellers are asking top dollar for places like this three-bedroom home for $419,000 and this four-bedroom home for $595,000 that flew off the market in just four days.

“After being at home with their families, a lot of buyers have figured out they really want to be more active—and outside,” says Memphis-area real estate agent Kelly Orb of Marx Bensdorf Realtors.

* Median home list prices are as of July 1, according to realtor.com data.