Rising home prices mean your tax assessment is going up. Or not. Get ready for CNY’s wild property tax season 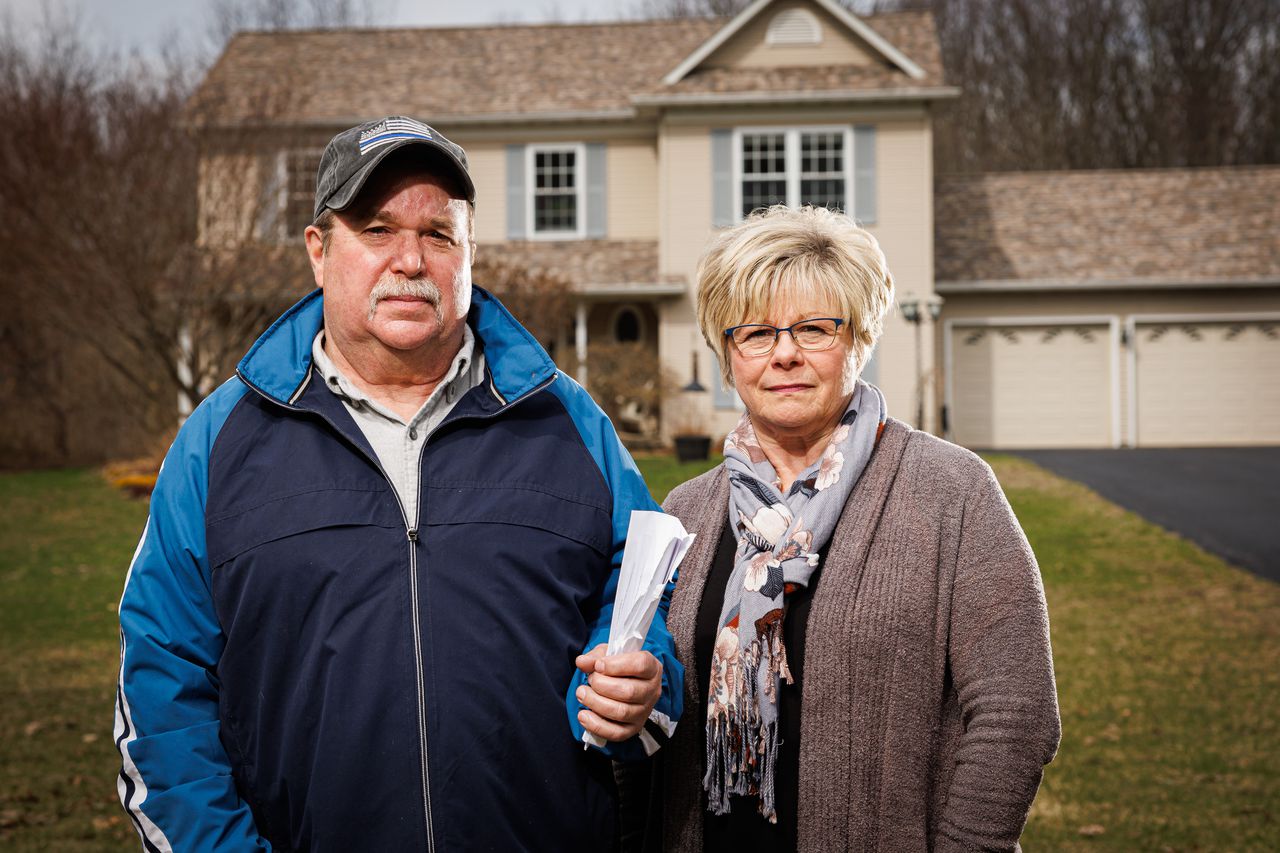 Residents of Lysander and Van Buren have already received letters that their assessments went up by an average of 14%. Other towns will send similar notices later this month. Assessors are bracing for the backlash.

Nobody has seen anything like it. The increases, driven by soaring home prices, have rattled homeowners. Homes are already heavily taxed in New York, and many owners fear that rising assessments will mean even higher taxes.

Some local towns have opted not to adjust assessments to match rising home prices this year. Property owners in towns like Clay, the county’s largest, will get no increase unless they made physical improvements to the house.

The inconsistency among towns is stark.

Residents of Misty Cove Circle, a street near the Oswego River in Lysander, are getting increases ranging from $37,000 to $64,000. Across the river, homeowners on Gaskin Road in Clay will get zero increase.

Does that mean taxes will go up for Lysander residents but not for Clay residents? No, not necessarily. Does it mean that New York’s property assessments are wildly uneven and needlessly mysterious? Yes.

The state’s crazy quilt of assessment practices makes it harder for taxpayers to understand their bills. The inconsistency makes it hard to compare your house’s bill to what others pay – and to compare your assessment to the marketplace. And it leaves the door open to inequity. When errors or unfairness creep in, it’s usually up to homeowners to figure it out and complain.

The Central New York housing market went on a wild, unprecedented run last year, forcing assessors to scramble if they wanted to keep up. The median home price jumped 15.9% in the year ending June 2021, the relevant period for 2022 assessments, on top of a 7.7% increase the previous year, according to the Greater Syracuse Association of Realtors.

The pace was breathtaking. The average house spent just three weeks on the market and sold for 3% above the asking price as of last June, the association reported.

All that activity is putting a spotlight on the hodgepodge of assessment practices that lay the groundwork for property taxes. It may bring greater urgency to grievance reviews in some towns. And there likely will be extra focus on school budget votes and other decisions that determine property taxes.

Assessors don’t set tax rates. Their job is to distribute the burden fairly. But sometimes assessment changes can directly affect what people pay.

In the city of Syracuse, for example, assessment changes made this year will cost some homeowners hundreds of dollars in higher taxes. That’s because the city revalues only a fraction of its properties each year while leaving most assessments unchanged. That shifts the balance of how much people pay.

City officials change assessments in January, four months ahead of the towns.

On some streets in the Eastwood neighborhood, where the city focused much of its attention this year, assessment increases averaged nearly 20%. At current tax rates, that means increases of $300 to $500 a year for many of the owners, even more for others. The new assessments are certain to raise their taxes because 89% of residential properties in the city saw no change in assessment.

Matthew Oja, commissioner of assessment, said he was surprised that more people did not challenge their assessment increases during the February grievance hearings.

“I hope people opened their mail and saw those notices in January,’’ he said.

‘Kind of a shock’

If you get a letter from a town assessor this month, don’t ignore it. You’re probably getting a bump, and it could be big.

If you think your assessment is out of line, contact the assessor. Theresa Golden, the assessor for Lysander and Van Buren, sent out notices early to allow several weeks for informal consultations with hundreds of homeowners. She’s been meeting with people nonstop every 15 minutes, by phone or in person.

If an informal discussion leaves you unsatisfied, you can contest the assessment at a grievance hearing. Towns hold those in late May or early June.

Just remember, the grievance will be decided based on your home’s value compared with similar homes. You won’t get far arguing that your taxes are too high. Assessors don’t set the tax rates.

Lysander resident Deborah Snyder, a real estate agent, said she and her husband, John, built their home on rural Kibby Road 30 years ago. They haven’t done anything to upgrade the house except routine maintenance. Their assessment went up $30,000 this year after a hike of $24,000 last year – a total of 27% over two years.

“It just seems a little unreasonable,’’ she said. “Just kind of a shock.”

The letter Snyder and other town residents received noted that assessment increases don’t necessarily mean that taxes will rise. In theory, that’s true.

All but nine of the more than 12,000 residential properties in Lysander and Van Buren got assessment increases. Most were right around 14%, although some rural properties and other atypical parcels varied. So most people’s slice of the tax pie should remain roughly the same.

In theory, if the town, county and school district raise the same amount of taxes off a larger base, their rates will go down and bills will remain unchanged.

Snyder is dubious, however, based on experience. Her $24,000 assessment increase last year resulted in $455 more in taxes, even though the town, county and school district all cut their rates slightly. Most of the increase was on her school tax bill.

That will be something to keep an eye on this year. Elected officials like to say they cut property taxes when they reduce the tax rate. But if higher assessments allow them to collect and spend more money — even with a slightly lower rate per $1,000 of assessment — tax bills can still go up.

The potential for property taxes to rise worries Van Buren resident Richard DeJohn, 82, who has owned his house in the Seneca Knolls subdivision for 45 years. He and his wife rely mainly on Social Security for income. DeJohn said he wonders how much longer they can afford to keep their house if taxes rise along with the assessment.

“It’s just unreasonable, especially after coming off a pandemic, which we still have,’’ he said. “Prices on everything else are going up almost double.”

Unlike most states, New York does not insist that municipalities reassess every property periodically. Decisions are left to municipalities and local practices vary widely. Some towns, including Clay, haven’t been thoroughly revalued in decades. 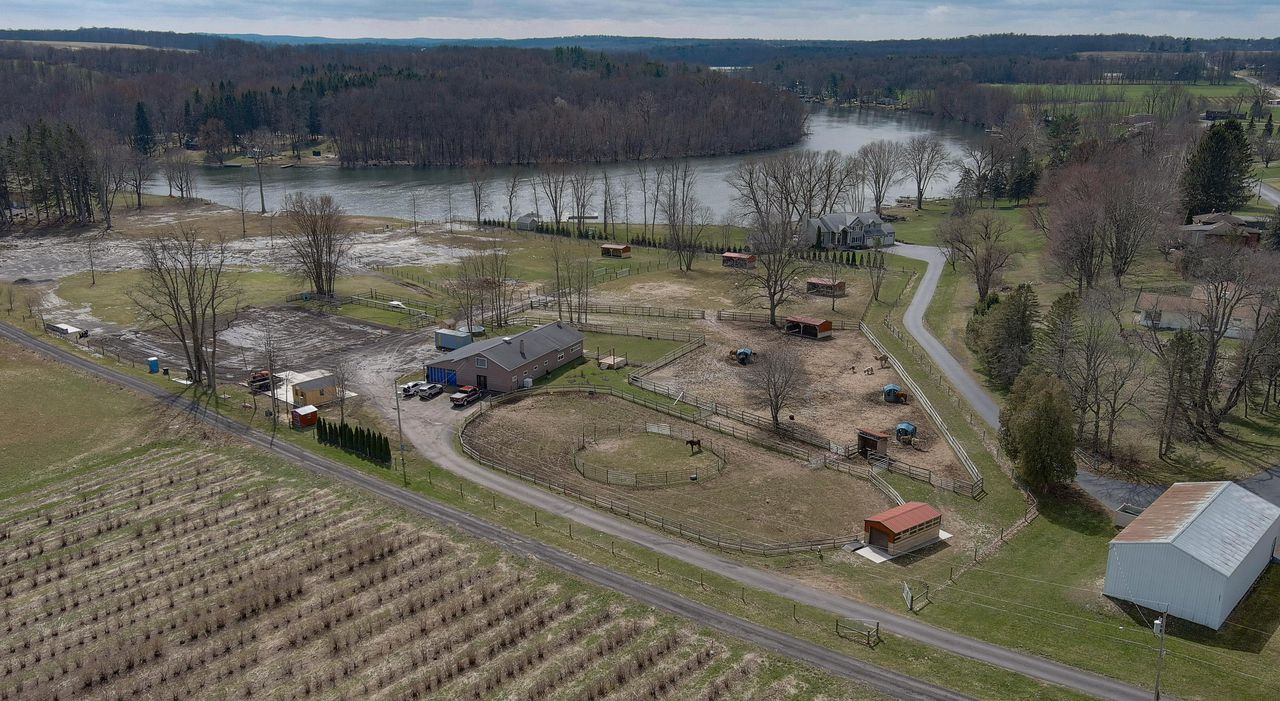 Why not? “The Town Board believes that the town should provide service, not aggravate taxpayers,’’ says a document provided to residents by the Clay assessment department.

This year, it was tempting for politicians to take a pass on reassessment. Sensing that taxpayers were already distressed by inflation and the lingering pandemic, some town boards decided to skip assessment increases to keep the peace, said Warren Wheeler, executive director of the New York State Assessors Association.

“Some municipalities take the standpoint, well, this is a very bad year to do so. It’s politically bad, you know, it’s political suicide,’’ Wheeler said.

Denise Trudell, assessor for the town of Salina, said her board members were nervous about raising assessments because some other towns don’t. Trudell said she persuaded them, pointing out that some Salina neighborhoods have increased only 2% in value this year while others have zoomed up 15%. To leave the assessments unchanged would ignore those differences, she said.

“That’s very unfair to the individuals in the town,’’ she said.