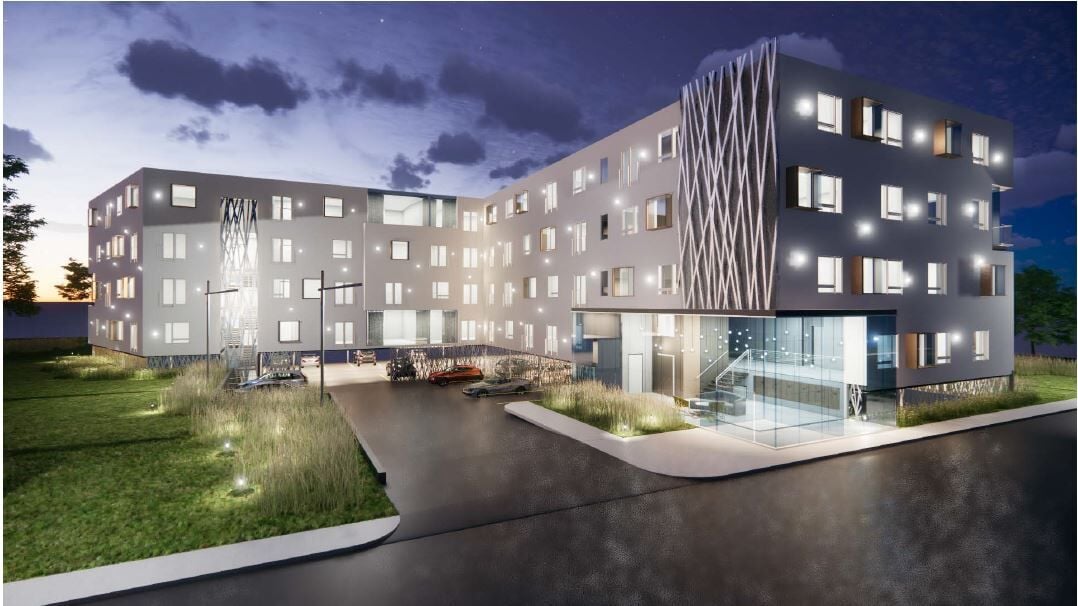 A fire-damaged century-old brick industrial building on the edge of the Scajaquada Creek – where workers once made lap blankets from bison hides to warm passengers in carriages – may soon be torn down to make way for a $15 million waterside apartment building.

Savarino Companies wants to demolish the derelict two-story manufacturing warehouse facility, damaged in a devastating fire in July, that sits at the end of a dead-end street in the city’s Black Rock neighborhood.

In its place, the Buffalo developer owned by Samuel Savarino would construct a 66,000-square-foot L-shaped apartment building, featuring four floors of residential units above a level of below-grade parking.

Plans by Elev8 Architecture and Carmina Wood Morris call for 55 one-bedroom and 11 two-bedroom apartments, with both market-rate and affordable units. Savarino said the blend of units is “fungible at this point” and will depend on a market study. The building will also feature a fitness center and a fourth-floor tenant porch overlooking the creek, plus 54 parking spaces – 43 underneath the structure and 11 on a surface lot. 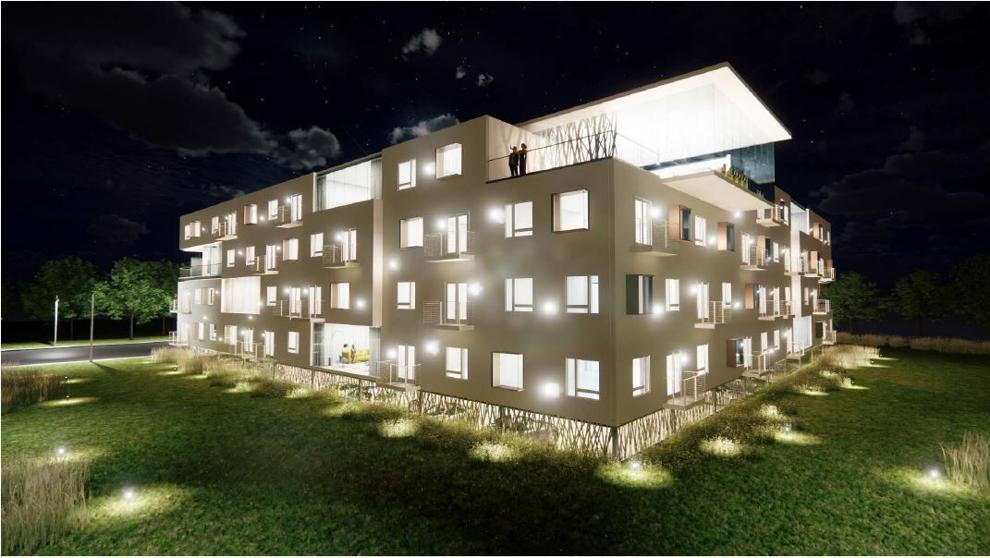 Savarino said the site is appealing because of the “improving prospects for the Scajaquada corridor” – where waterfront and environmental advocates are promoting a cleanup and restoration of the dirty creek – and the improved apartment market overall.

The fire damage led the former owner to agree to more reasonable terms for a sale, Savarino said. The vacant building had already been declared as a safety hazard with several violations, Savarino said, and the fire left most of the rest of the structure damaged.

Savarino’s team already completed soil testing of the site and concluded that the property is “grossly contaminated.”

The firm has submitted the property to the state Brownfield Cleanup Program, which would result in significant tax credits.

“Remediation is impossible, really, without demolition,” he said of the cleanup.

The developer has met with adjacent neighbors for a pair of informational sessions, coordinated through North District Common Council Member Joseph Golombek. But the plan may still face resistance, including from preservationists.

Located on a half-acre lot at 1 Howell St., adjacent to the Wegmans supermarket on Amherst Street, the 24,488-square-foot building was constructed in the late 1890s, with its former iconic mansard-roofed tower standing as a landmark in the neighborhood, although overshadowed by the twin towers of nearby Assumption Church. That roof is now gone.

It was home to the American Buffalo Robe Co., which used bison hides to make robes and later blankets to warm passengers’ laps in open-air carriages and early cars. Most recently, it was occupied by Mar Con Erectors, a general contractor.

The site is zoned as neighborhood residential, and Savarino needs variances from the Zoning Board of Appeals for density and building height. Under the Green Code, the site would be allowed just 25 apartments, not 66, while the height would be capped at 40 feet, instead of the proposed 49 feet. The current building is 46 feet tall.

The property is also located in a Waterfront Revitalization area. It’s sandwiched between Buffalo State College to the south – on the other side of the creek and highway – and the Chandler Street redevelopment corridor to the north.