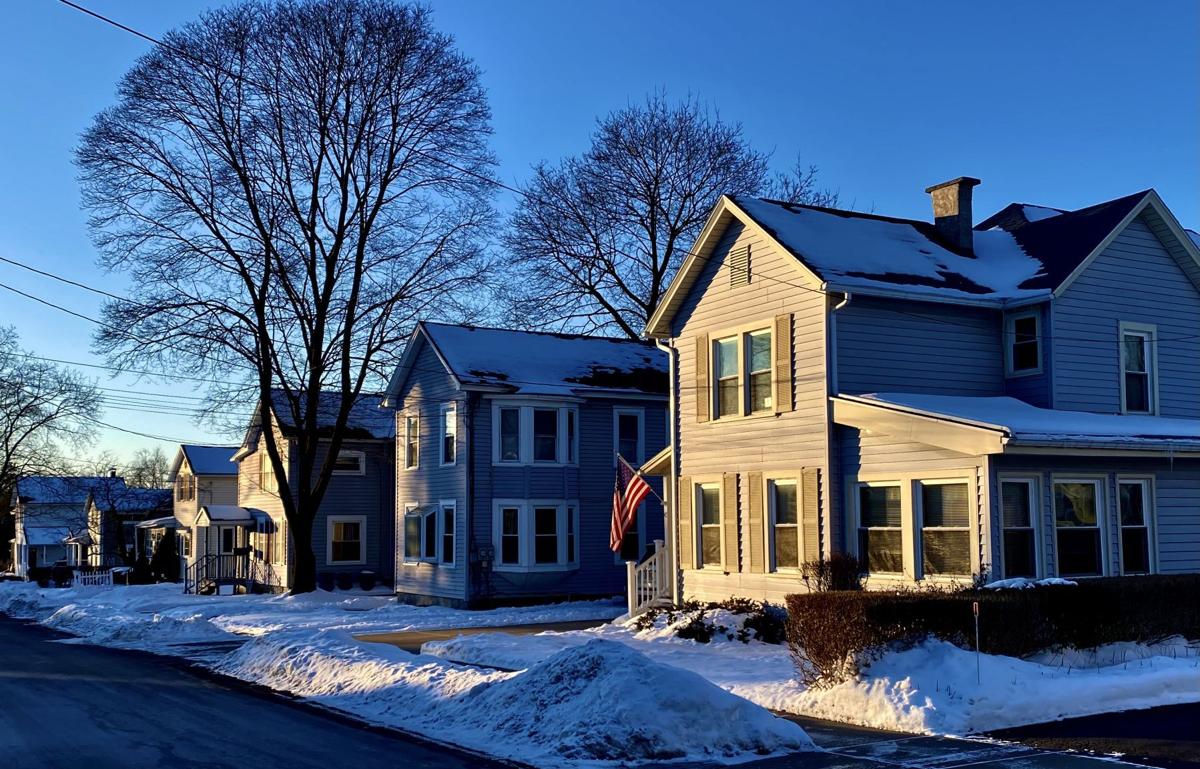 Auburn homeowners received the new assessed value of their properties recently, and many of them aren’t happy.

The city’s assessor, Jeanne Hering, told Auburn City Council at its Thursday meeting that the value of “pretty much every property” in the city went up in 2022, with many “big changes.” As she explained to council, the main reason for the rise is the propulsive effect of the COVID-19 pandemic on the housing market, particularly in upstate New York.

“You can’t buy a ranch in the city, a thousand-square-foot ranch, for less than $130,000,” Hering said. “And you better be ready to purchase it that day, because it’ll be gone the next day.”

The market affects the city of Auburn’s assessments because they’re determined using the sale price of similar properties, Hering said. Starting with cost tables provided by the state, the city calibrates its model so it can accurately predict those sale prices. Properties are considered similar based on neighborhood, style, square footage, condition and more.

The city only used sale prices since Jan. 1, 2018, the time of the last assessment. The process takes about nine months and encompasses all 9,109 parcels in the city, Hering said.

“Bottom line: Assessments are based on sales,” she said. “It’s all math, math and sales. Everything is an open book.”

Hering said homeowners who’d like to contest their new assessments are welcome to contact her office. The values they received are part of the city’s preliminary tentative roll, which will be reviewed through March 15. After the tentative roll is published, it will continue to be reviewed by the board of assessment until being finalized June 1.

Homeowners are generally given 15 minutes to present their case, Hering continued. Pictures of their property can be helpful. For instance, if a house is assessed high because its exterior is in good condition, but its interior isn’t, pictures of that interior could help lower the value. Before contesting their assessment, though, homeowners should know two things, Hering said. First, sometimes a new assessment value seems too high because the previous value was too low. Second, higher assessments don’t always mean proportionally higher taxes.

“If everyone else in the municipality is assessed higher, everyone’s piece of the pie gets bigger, so taxes may not rise much at all,” he told The Citizen. “Most people aren’t super well-versed in the assessment process, or how taxes are calculated. They just see a number get bigger and assume that’s going to cost them a drastic amount more money, and in a lot of cases it isn’t.”

Merizzi said the assessment process in the rest of Cayuga County is similar to Auburn’s, but the smaller amount of parcels makes it more difficult to find similar properties that have sold.

That’s one example of assessments being subjective, Merizzi said, and shaped by the exchange of information. Assessors are usually willing to go over the cases presented by homeowners and admit when their opinion of a property’s value is wrong. It’s an informal process, he added, and contrary to popular belief, there’s no fee for contesting an assessment.

Another common misconception of assessments is that they’re calculated based on improvements to a property, such as a new deck or a newly painted exterior. Merizzi said that’s usually not the case. He stressed that assessors can only work with the data they have, and if that data is wrong, it’s the responsibility of the homeowner to correct it by contesting the value.

That’s what Nichole Bowen, of Conquest, did after she received a new assessment last year.

Bowen believes her property could be sold for $108,700 if she put it on the market today. “But I don’t feel like I should be assessed for that,” she told The Citizen, because she didn’t make any improvements since the town’s last assessment. Bowen also doesn’t believe real estate market conditions driven by urban buyers should apply to rural places like Conquest.

“There’s nothing here. No stores, no anything,” she said. “For an assessment to jump $40,000 when you’ve done nothing to it is ridiculous.”

Though no one in Auburn spoke about their assessments at Thursday’s City Council meeting, many have done so on social media. A thread on community Facebook page “You know you’re from Auburn, N.Y. if…….??????” received hundreds of replies before it was deleted. They included Bowen, as well as a homeowner on East Genesee Street in the city.

The homeowner also believes she has reason to question the assessment’s basis in market value, as she’s been trying to sell the property for $319,000 since October.

“I think it’s ridiculous,” she said. “If my house is worth that much, I’d love to see it sell for that much.”