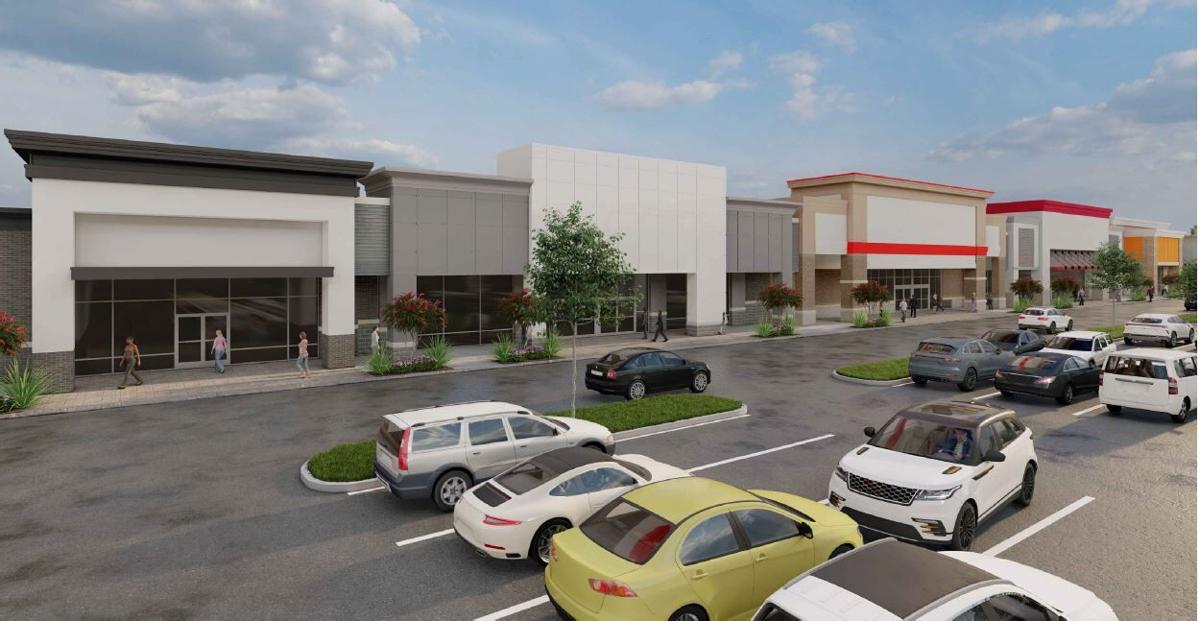 T.J. Maxx is moving a mile up Niagara Falls Boulevard in Amherst – and bringing a few friends along with it.

The popular department store will move from its current site at the corner of Sheridan Drive, near BJ’s Wholesale Club, to the former Burlington Plaza, near Trader Joe’s, now undergoing a $7.6 million overhaul, according to the plaza’s developer and plans filed with the town Building Department.

The adjoining HomeGoods store also will move with T.J. Maxx to the new location, along with two other stores under the same corporate umbrella: Homesense and Sierra.

They are the first locations in Western New York for Homesense, a home décor store, and Sierra, which sells outdoor goods.

“The TJX Companies, one of the nation’s foremost retailers, will be doubling down on their commitment to Amherst and bringing their expansive line of apparel and home fashions to the revitalized center,” Eric Recoon, Benderson Development Co.’s vice president of development and leasing, said in an email. 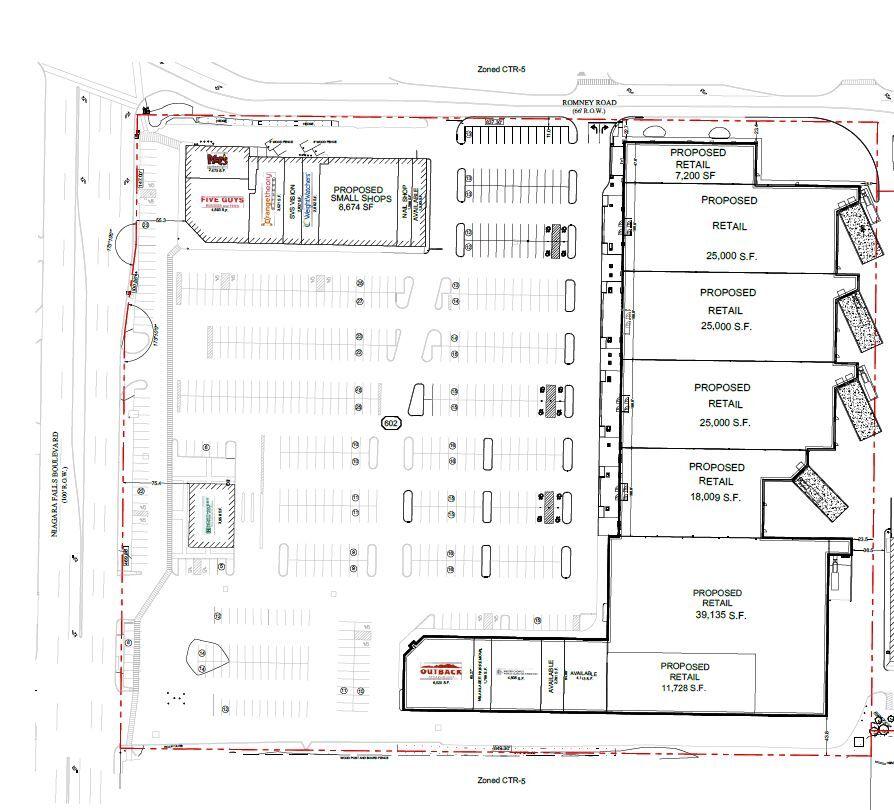 The move completes a game of musical retailers along the busy Niagara Falls Boulevard corridor where Benderson owns numerous properties.

Then known as Burlington Coat Factory, it moved in 2019 into the former Toys “R” Us store at Niagara Falls Boulevard and Sheridan Drive. Now T.J. Maxx and HomeGoods will close the circle by moving from the plaza that hosts the new Burlington store to its former location.

The town wants to avoid simply “shifting the chess pieces” at shopping centers, as A.J. Baynes, president and CEO of the Amherst Chamber of Commerce, put it.

The first two years under Covid-19 were challenging for business, Baynes said, but Amherst’s retail economy had shown strength before the pandemic.

“Now as we continue to pull ourselves out of it, out of a pandemic and into the endemic, hopefully that trend will continue,” he said.

But Benderson has demolished 90,400 square feet of the large building in the rear of the 14-acre site and is constructing 102,100 square feet of new retail space, according to planning documents.

It’s part of the gradual shift south of the developer’s thriving The Boulevard shopping center, formerly Boulevard Consumer Square, which features Lowe’s, Target, Best Buy and L.L. Bean, along with a recently opened Marshalls, also part of the TJX family.

Benderson refers to the former Burlington Plaza area as The Boulevard’s South District.

“We continue to hear from shoppers about their excitement over the latest additions to the merchandise mix at The Boulevard,” Recoon said.

Most recently, Amherst officials announced Benderson intends to bring the region’s first Costco warehouse club to the neighboring Amherst Commerce Park, once an annex campus for the University at Buffalo.

T.J. Maxx, HomeGoods, Homesense and Sierra are part of TJX, based in Massachusetts, which reported sales of $48.6 billion in 2021.

The stores have a passionate customer base. For example, when T.J. Maxx and HomeGoods reopened their Sheridan Drive location in June 2020, after being closed for three months in the early days of the Covid-19 pandemic, hundreds of fans lined up for the doors to open. 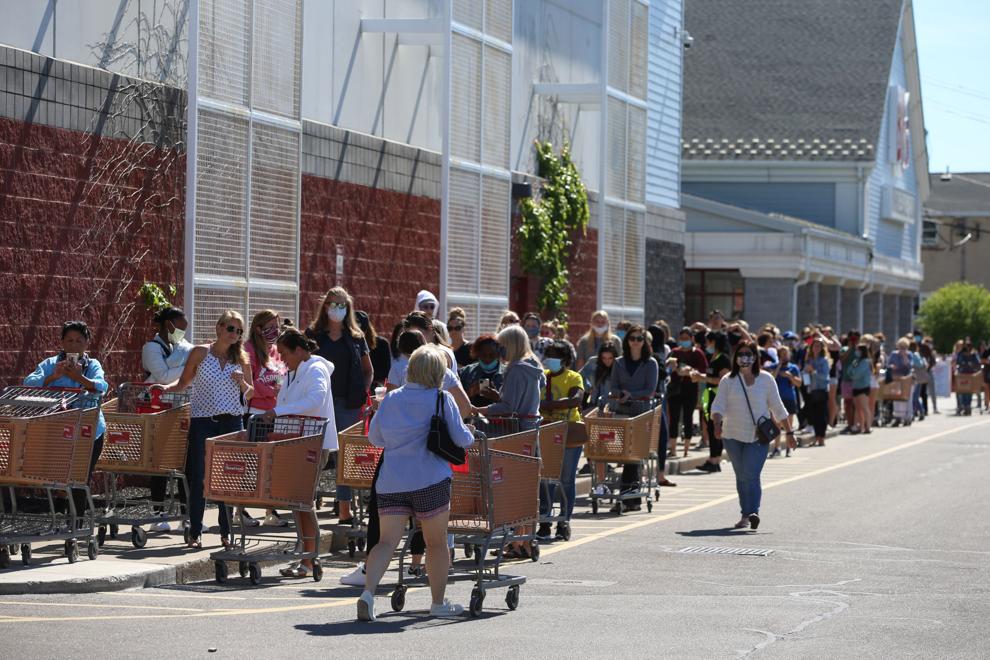 “The brands that they’re bringing together, they’re trying to create a sense of community with the shopper who’s going to go there and go to three, four or five places when they park their vehicle,” Baynes said of Benderson.

What’s the difference between HomeGoods and Homesense?

As Cosmopolitan magazine put it, Homesense, which began in Canada, “is basically HomeGoods on steroids. Think: Larger selections, new sections, more of everything.”

Homesense has seven locations in New York, with its store in the Rochester suburb of Pittsford the closest to Buffalo.

Sierra, formerly Sierra Trading Post, has just two stores in the state, including one in Rochester. The company sells clothing, footwear and gear for a range of outdoor and fitness activities.

Recoon said construction on the new retail building is well underway and the stores are targeting a fall opening, in time for the holiday shopping season.