The housing market is red hot, but it may be due for a cooldown

The Buffalo Niagara housing market is still going strong as the busy season for home shopping begins this spring.

But the market also is shifting in a way that could cool the buying frenzy this year.

Mortgage rates are rising, inflation is spiking and soaring gas prices are squeezing budgets that already face affordability issues from the steady rise in home prices over the last few years.

Rates have jumped by 1.4 percentage points since the beginning of the year, adding $150 a month to the cost of a $200,000 mortgage. Inflation, which is running at an annual pace of nearly 8%, is putting the squeeze on family budgets.

And the surge in gasoline prices since the beginning of February is costing a family that uses 15 gallons of gas a week an extra $50 a month.

Combine that with rising food prices, and some home buyers may be tightening their belts, potentially putting a lid on how rapidly home prices rise after they shot up by 15% in 2021. And that’s not even taking into account potential unknown economic ramifications of the war in Ukraine. 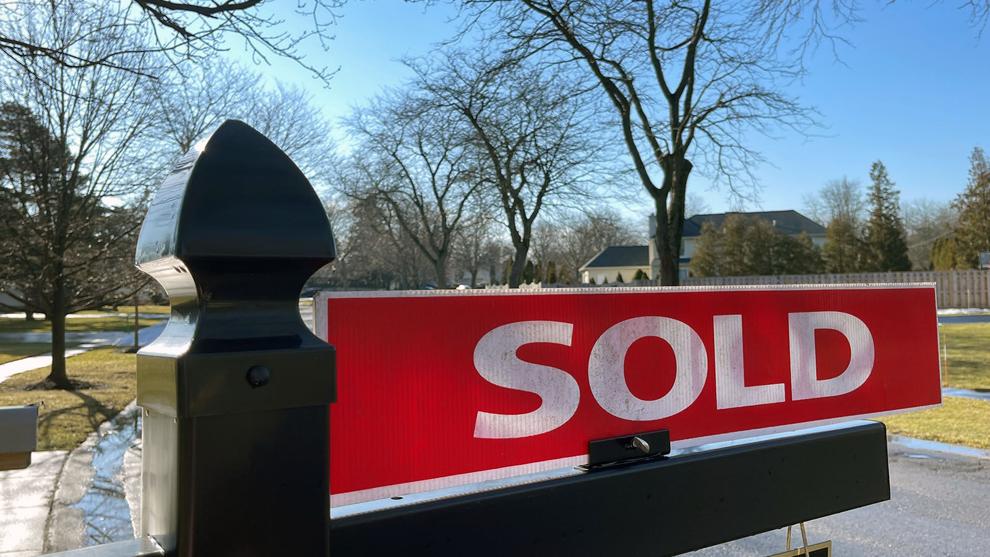 In short, it could be a very different buying season in 2022 after record-setting gains over the past five years.

For now, though, the flurry of activity has continued unabated. The number of homes for sale is at a record low. Prices over the past year are up almost 17%, and homes are selling about a third faster than they were a year ago.

Here are five trends that will help shape the housing market this year.

Finding a house is still hard

Western New York’s housing market, like much of the country, has been setting records for the past few years, as low mortgage rates and a dearth of homes for sale have steadily driven prices higher by spurring bidding wars on popular properties.

And all the conditions that made the Buffalo Niagara housing market so hot last year are still in place.

Homes are in shorter supply than ever before. As of the end of February, there were 1,055 homes available for purchase in the eight-county region, according to the Buffalo Niagara Association of Realtors. Not only is that a 15% drop from the prior year, but it’s the lowest on record.

That means that – at the current pace of sales activity – buyers would run out of homes to look at within just a month, if no new homes came on the market. That’s a record pace and shows how skewed the market is toward sellers. A balanced market would have six times as many homes for sale.

So far, there are no signs that more homes are coming on the market. New listings during the first two months of this year are down by 6% from a year ago.

That could be making it even harder for buyers to buy. Pending sales, where a contract has been signed but the deal hasn’t closed, are down by 7% during the first two months of this year – potentially a sign of softness after home sales hit a record high in 2021.

But it’s also more a function of buyers being unable to win something – not a lack of demand, as shown by the continued bidding wars, multiple offers and speed of sale.

Prices are still going up, up, up

That crush of demand, coupled with the shortage of homes for sale, is still forcing buyers to pay up significantly just to win the day against multiple competitive offers. And sellers know it. List prices now are often the starting point for bids, and it’s almost a competition to see who can offer more.

As a result, at least through February, home prices were still surging locally. Over the past year, the median home price is up 17% to $207,000, the real estate group said.

And while February’s figure of $190,000 is well below the record monthly peak of $230,000, set last August, it’s still the highest it’s ever been for the month of February, according to BNAR data.

Similar trends hold true for the average price, currently at just over $225,000.

So the same fundamentals that pushed the local housing market to new heights in 2021 are still in place.

But there are new factors that could put a chill on the market.

Rising mortgage rates are a problem

Low mortgage rates have been part of the rocket fuel that has pushed the local housing market to new heights.

With rates dipping below 3% at times, affordable mortgages helped buyers bid higher and still keep their monthly payment within their budget.

However, those rates are rising – and expected to keep going up.

Federal Reserve officials are worried about inflation and they have started raising interest rates, nudging short-term rates up by a quarter-point in mid-March, with the promise of more to come.

Fed watchers expect six more rate hikes in the near future – the most aggressive increase in 15 years and “a sign that high levels of inflation may continue to exist even in the face of a strong jobs market,” according to research firm Trepp LLC.

That’s likely to affect affordability for buyers who already are grappling with the steep jump in home prices.

But in the short term, it could spur home shoppers to act fast and make a deal for a home so they can lock in a mortgage rate before they go up even more.

But there’s also more trouble on the horizon, and it’s coming toward us like a tank with a “Z” painted on it.

Russia’s invasion of Ukraine – the biggest traditional war in Europe in 80 years – has triggered the kind of global worry and uncertainty that is never good for stock and bond markets. But it has also triggered a host of sanctions, penalties and other actions, as the United States and other Western countries rally behind Ukraine and seek to punish the Kremlin.

Among those responses is a U.S. ban on imports of Russian oil, natural gas and coal – not to mention suspension of much of corporate America’s financial and business dealings with Russian companies.

Russia isn’t a big supplier of oil directly to the U.S., but it is one of the world’s biggest sources of oil. So as the world shuts off that spigot, reducing the global supply, the price of gas inevitably goes up globally.

And consumers are paying the price. Gas prices in the Buffalo Niagara region now average $4.37 a gallon, up 54% from $2.83 a year ago.

Other prices are rising, too

Finally, there’s inflation and consumer confidence. Costs were already rising steadily because of the supply-chain disruptions caused by the pandemic. That’s feeding into their worry. And the war has made it worse.

The University of Michigan’s Index of Consumer Sentiment fell in March to its lowest level since November 2011, driven down by expectations of inflation, higher fuel prices and the war. And the school’s “year-ahead expected inflation rate” rose to its highest level since 1981.

Meanwhile, the Consumer Price Index was up 7.9% in February from a year ago, continuing a 12-month streak of rising increases that started at less than 2% in February 2021. Food costs alone were up by the same amount, while energy prices soared 25.6%. But even without those two categories, inflation on everything else was up more than 6%, and has mirrored the rate of growth of the index overall.

With the costs of everything from food and clothing to shelter and transportation, home buyers may have to start scaling back, either by targeting less expensive homes or pulling back altogether.

And that would send a chill through what has been a hot housing market.