U.S. Home Sales Are Surging. When Does the Music Stop? 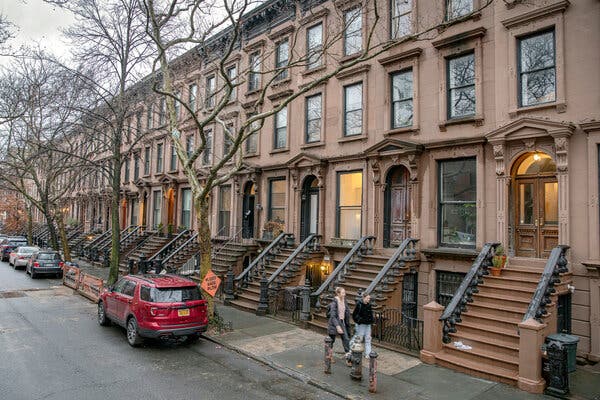 In the first week of April, U.S. search interest in the phrase “when is the housing market going to crash” jumped 2,450 percent compared to the previous month, and is now more popular than anytime since 2004, according to Google. The search terms “should I buy a house” and “sell my house” also reached record interest.

Market watchers are right to be wary. The median sale price of an existing home in the U.S. was $313,000 in February, up nearly 16 percent from a year earlier, when a 3 to 5 percent annual increase is considered healthy, according to a report from the National Association of Realtors, a trade group.

“I think it’s what’s on everybody’s mind,” said Jonathan J. Miller, a New York appraiser who analyzes markets nationwide. “How long is it going to last?”

The answer will depend largely on where you live and how the pandemic continues to reorder buyer priorities, but it will hinge on two trends: rising mortgage rates and incredibly tight inventory in some markets, which will likely keep demand strong through the rest of 2021, even as price growth moderates, several analysts said.

What awaits at the end of this frenetic period is not likely to resemble the 2008 housing bubble, which brought on a drawn-out crash when it finally burst, they said. Today’s supercharged market has been caused by pandemic forces that have challenged other assumptions about the market. Even as the pendulum has swung toward increased demand in suburban markets, cities, too, are surging.

Nationwide, housing inventory was at a record-low 1.03 million units at the end of February, down 29.5 percent from a year earlier, a record decline, according to the National Association of Realtors.

As a result, homes sold in an average of 20 days, a record speed, when 60 days is typical, said Lawrence Yun, the group’s chief economist.

“It gives the feel of a bubble,” Mr. Yun said, recalling the run-up to the subprime mortgage crisis that cratered prices after 2008. “But the fundamental factors are different.”

Unlike the last major housing crisis, in which sale prices plummeted and many buyers were stuck with risky, adjustable-rate financing, today the average 30-year fixed-rate mortgage remains near record lows, lenders rely on stricter underwriting requirements, and homeowners have more liquidity.

“We don’t have the reckless lending that we had before,” said Mr. Miller, and so even as market conditions get frothy, some may find that they overpaid for their property, but the ebb and flow will be more in line with regular economic cycles.

In the fourth quarter of 2021, Mr. Yun predicts the volume of U.S. home sales to drop 10 percent compared to the year-ago period, as mortgage rates climb closer to 3.5 percent, up from about 2.7 percent at the start of 2021.

He also expects home prices to keep rising in the short term, because of more than a decade of sluggish housing construction, hobbled by restrictive zoning and high labor costs.

Still, the pandemic has affected markets in different ways. In New York City, where commercial real estate was battered and home buyers fanned outward to surrounding suburbs in search of affordability and more space, the sales market fell off at the beginning of the pandemic but appears to have turned the corner.

“The rate at which homes are selling nationally is not sustainable, but in New York, the uptick is just getting started,” said Nancy Wu, an economist for StreetEasy, a listing website.

In the week ending April 11, there were 783 new signed contracts citywide, the highest since the company began tracking weekly pending sales in 2019, when the peak was 491 contracts, she said. 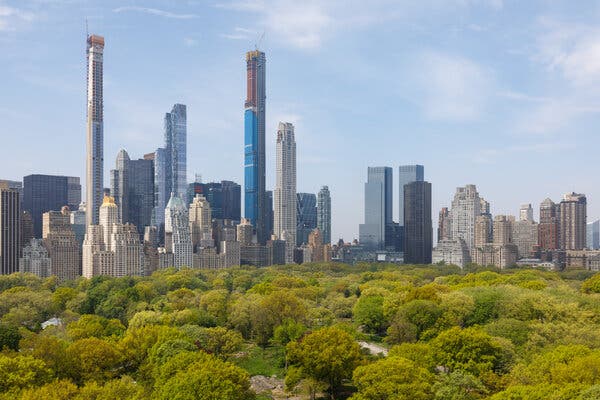 Unlike much of the country, New York had a glut of luxury inventory before the pandemic, and prices had been softening since around 2017. From 2018 to the end of 2019, Manhattan saw a roughly 15 percent drop in sale prices, Mr. Miller said. In aggregate, prices have fallen another 5 to 7 percent since Covid arrived, to a median $1.075 million last quarter, and sellers are finally getting more realistic, he said. (One-bedroom apartments, the largest share of apartments sold, closed for a median $760,000.)

The price cuts have been a boon to a broader range of people. First-time buyers made up 41.9 percent of sales in Manhattan last quarter, the highest share in at least seven years, Mr. Miller said. And the share of all-cash buyers fell to 39.3 percent, a seven-year low, which could reflect both favorable interest rates and a shift away from investment buyers.

Even the city’s luxury stock, which has seen some of the largest price cuts, is on an upswing, said Donna Olshan, the president of Olshan Realty, which tracks the market at $4 million and above. As of April 18, the city has recorded 11 straight weeks with 30 or more contracts signed in that tier, the longest such streak since at least 2006.

“It does have the potential to last for a while, because the results are only based on a half-tank of gas,” Ms. Olshan said, referring to the fact that most of these signings were from domestic and local buyers, as international buyers remain mostly on the sidelines with travel restrictions.

There is already a shift in the mood in the city, as vaccinations progress and buyers anticipate the benefits of the federal stimulus package, said Mark Chin, an agent and the co-head of training at Keller Williams New York City.

“People that signed contracts even two months ago are absolutely thrilled they did, because the bottom is already over,” he said.

New York’s revival also challenges one of the early assumptions during the pandemic — that the suburbs would benefit at the expense of big cities, where buyers, untethered from office commutes, could choose to live farther from work.

Instead, a new analysis of Postal Service change-of-address requests shows that migratory patterns since Covid-19 haven’t changed as much as some predicted. New York did see a surge in outbound migration, but that was a trend that started before the pandemic.

“The easy answer was: the city is down, the suburbs are up,” said Mr. Miller. “And now it turns out that both are up.”

So far, thanks to limited supply, many suburbs remain in high demand. Fairfield County, Conn., for instance, recorded 3,045 sales last quarter, the most in that period in more than 16 years, along with the lowest inventory in 25 years, according to a report from the brokerage Douglas Elliman.

But with prices jumping close to 20 percent in some outlier markets, Mr. Miller does not expect the gains to continue apace for long, in part because the appeal of many suburbs is affordability, relative to big cities. The extent to which remote work will remain a feature of life after the virus is also still unclear.

“Manhattan finally joined the party,” he said, referring to the city’s sales turnaround. “But we’re not sure if this is the party we want to be in — because there’s uncertainty about how this plays out.”