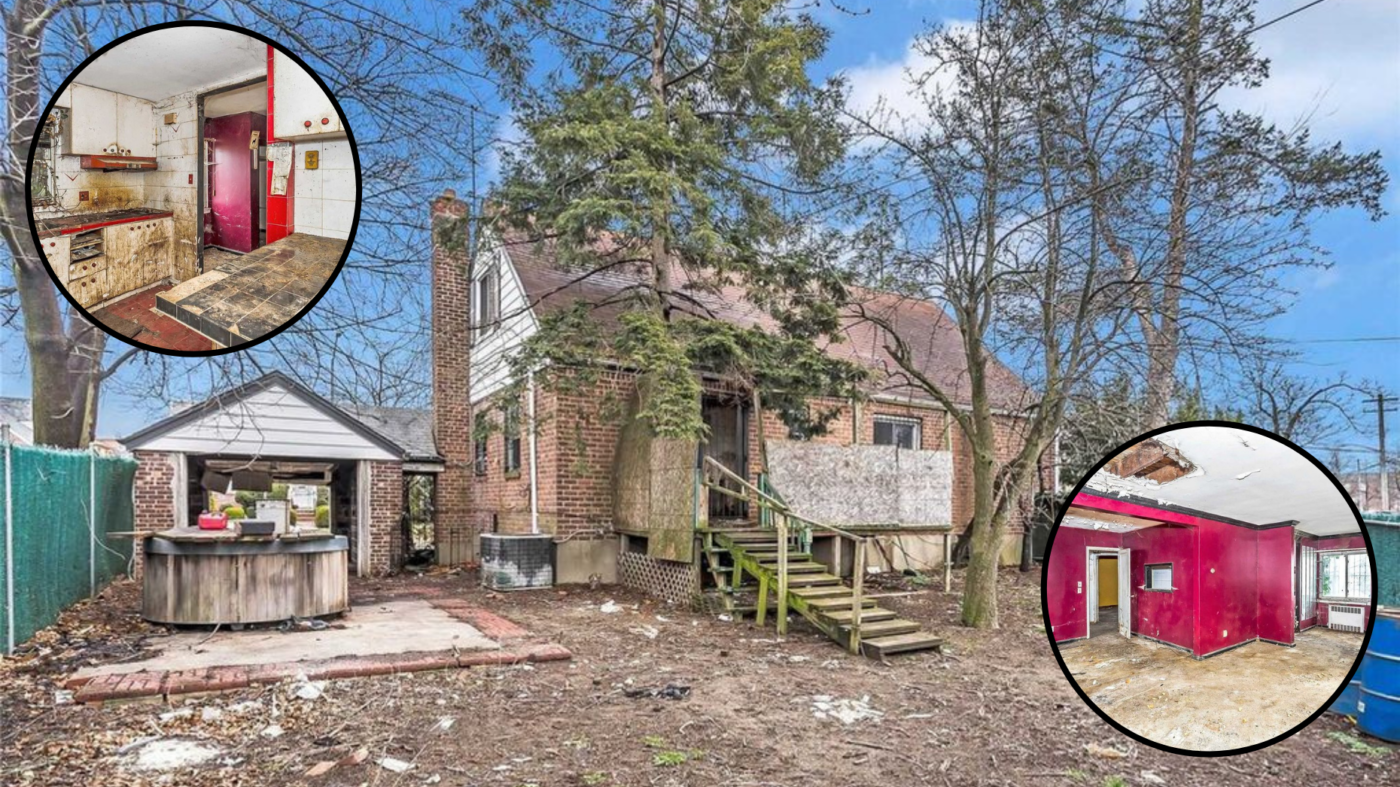 A New York City home that went viral over the summer thanks to listing photos described as “the scariest” in the city has sold for $720,000.

Located in Queens’ Fresh Meadows neighborhood, the four-bedroom property has been described by the New York Post as an “eyesore” and a “nightmare chamber from a house of horrors.”

Indeed, despite an average brick exterior, the inside of 50-18 196th St. includes grown-through grape vines, mold-covered tiles and cabinetry, dirt-covered fireplaces and staircases and pieces of collapsed ceiling.

Douglas Elliman’s W. Kenny Thongpanich described the home as not being in “livable condition” in the listing. But due to the high value of the land in one of Queens’ most affluent neighborhoods, the property was listed for $828,888 back in March. At 4,912 square feet and four bedrooms, the property is fairly spacious but in a similar state of abandon and disrepair throughout the entire house.

The buyer remained anonymous through a Great Neck-based corporation called Elmhurst 92 LLC and could not be reached for comment. It is unclear whether the goal is to tear down the property and build something on the land, take on a full renovation or use it as a museum or real-life house of horrors.

That said, it is unlikely to be the latter. An average home in Fresh Meadows costs over $800,000 and the area is also home to District 26, long considered to include some of the top-rated public schools in the city.

“This is a beautiful neighborhood, and the house [is] terrible,” one neighbor told the New York Post in June. “I don’t know what happened in that house, why they kept it like that — or why the city didn’t do anything about it . . . I’m sure that, because of the price, nobody wants to buy that kind of house.”