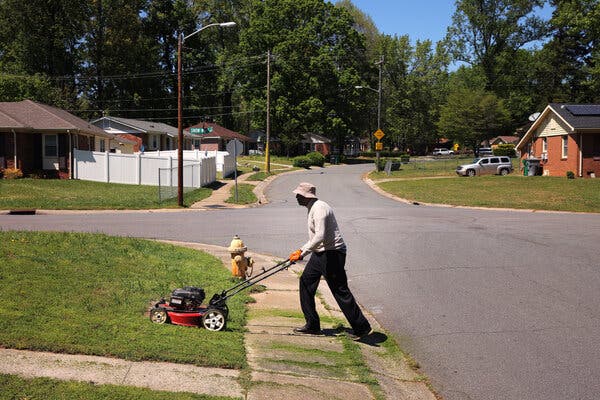 CHARLOTTE, N.C. — At her first meetings with clients, many hoping to buy a first home, Sarah Ortiz Hilton runs through a list of warnings.

They may have to offer tens of thousands of dollars over the asking price only to have those offers rejected anyway, Ms. Hilton, a real estate agent, tells them. They might have to put up thousands of dollars in nonrefundable fees to get a seller to consider their offer. And if they’re looking for a home for less than $300,000, they might be out of luck.

In part, her cautionary message reflects the red-hot housing market, rising interest rates and limited supply around the country. But particularly in booming Sun Belt markets like Charlotte, it also reflects something else: the increasing influence of real estate investors buying up houses, especially at the lower end of the market, and turning them into rental properties.

In cities like Charlotte, that trend is exacerbating the shortage of houses for sale, driving up prices and putting homeownership out of reach for many first-time buyers, the biggest losers in today’s market.

About 2.5 million households shopping for a first home will be shut out of the market this year, estimates Nadia Evangelou, senior economist with the National Association of Realtors. That amounts to 15 percent of all first-time home buyers. In an already daunting market, investor purchasing is adding to the obstacles.

“The more that investors buy up entire communities and turn them into rental communities — people don’t have a choice anymore,” said Ms. Hilton, who moved from New York to Charlotte in 2007, drawn by the opportunity to buy a house in an affordable market. “They either can’t afford to buy anymore, or there’s nothing to buy.”

A map compiled by Mecklenburg County, which includes Charlotte, shows a sea of dots signifying corporate ownership throughout the area; the exception is a pie slice-shaped segment extending out from downtown Charlotte — the historically whiter, wealthier neighborhoods often referred to as “the wedge.” More than 93 percent of homes purchased by corporations as of May 2021 were bought for under $300,000. Many of them were in predominantly Black neighborhoods. 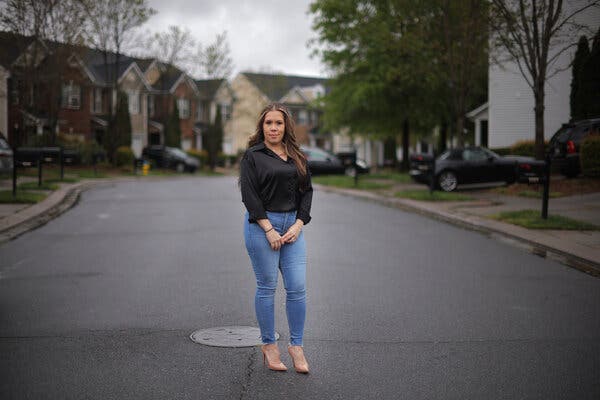 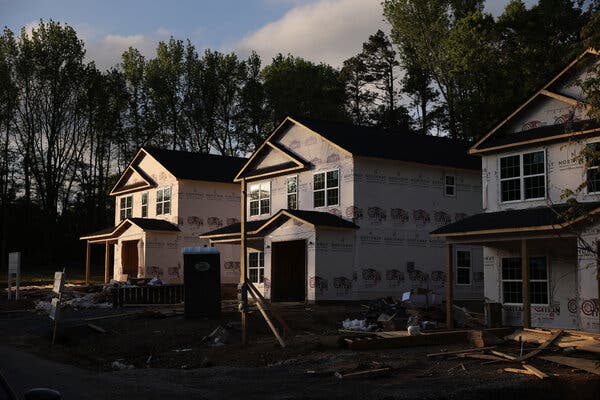 “It’s really difficult to make the case that a handful of companies that own 300,000 homes across the country really have the ability to influence things like home prices and rental rates,” said David Howard, executive director of the National Rental Home Council, which represents the single-family rental home industry.

But their share is growing: Real estate investors bought a record 18.4 percent of the homes that were sold in the United States in the fourth quarter of 2021, up from 12.6 percent a year earlier, according to the realty company Redfin.

And in some markets, especially in the relatively affordable Sun Belt metro areas, their share is far higher.

In Charlotte and Atlanta, investors purchased more than 30 percent of the homes sold in the fourth quarter of 2021, according to Redfin. In Jacksonville, Fla., Las Vegas, and Phoenix, they bought just under 30 percent.

Housing industry representatives note that these numbers, which define investors as any institution or business, represent purchases by smaller, local owners, too, who may own just one or two buildings through a limited liability company.

For decades, Marjorie Parker knew all of her neighbors in the east Charlotte neighborhood of Hidden Valley. Living there wasn’t always easy, as gang violence periodically rattled the streets. But Ms. Parker found comfort in the strength of the community and the economically stable, middle-class life it afforded Black families.

The first change she noticed was the fliers outside her door. They offered to buy her home for cash. Soon her phone began ringing multiple times a day with calls offering the same.

She was committed to holding onto her home, but for many of her neighbors, some who were behind on property taxes or who struggled to keep up their properties in their older age, the offers were a welcome way out.

When a house next door from her went up for sale last year, young families poured in to visit. But the house quickly sold to a rental company.

“There should be some cap on that — you can’t have a few people have all the homes,” Ms. Parker said. “Where regular citizens can’t buy a home is a sad day in America.”

With apartments in her neighborhood typically renting for $1,500 or more, Ms. Parker and other longtime homeowners worry that property tax increases will displace even more residents.